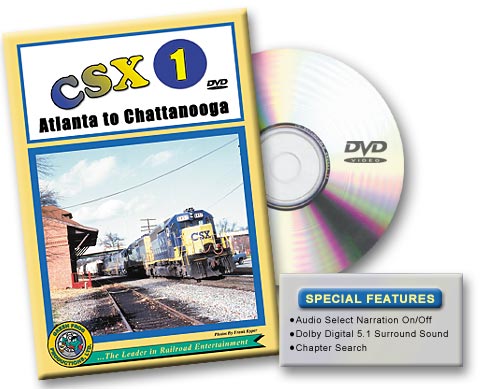 This is the first in an extensive series on CSX Transportation. These volumes are focused geographically. Atlanta, Georgia to Chattanooga, Tennessee is here. The era in which the railroad was filmed, still has some unrepainted, predecessor CSX locomotives. 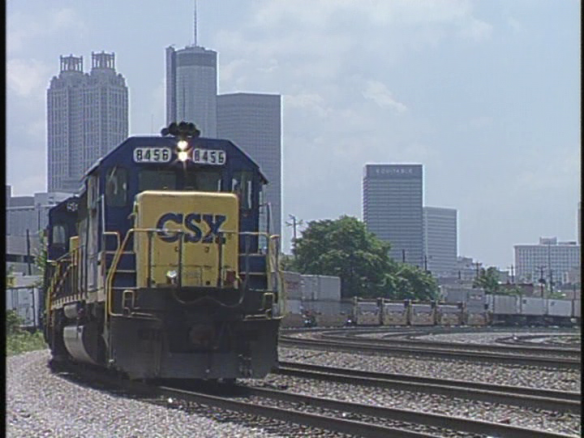 Green Frog DVD-R. Chapter Search, as is typical with the Frog. No maps. There are on-screen graphics. Don Chandler performs the narrative. He has a lively voice. 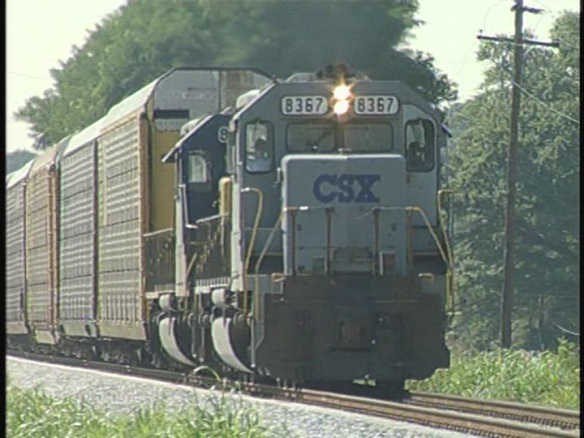 Videography is professional level. Editing is regular, high quality Green Frog. As is the audio. Enviornmental soundtrack. Well done. Everything in it’s place. Looks good on the big screen. 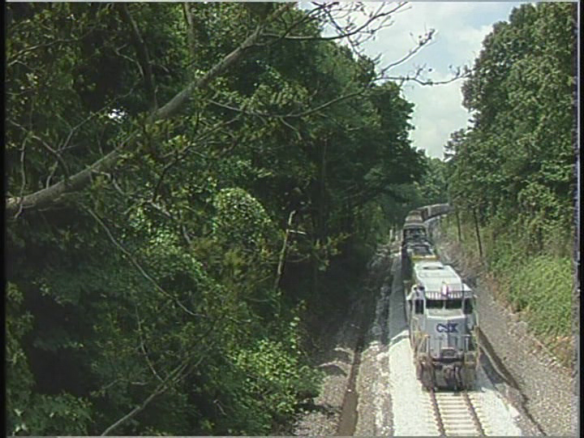 This script includes good historical background. That is a fine bonus. Civil War battles were fought around the areas. Adds much interest. 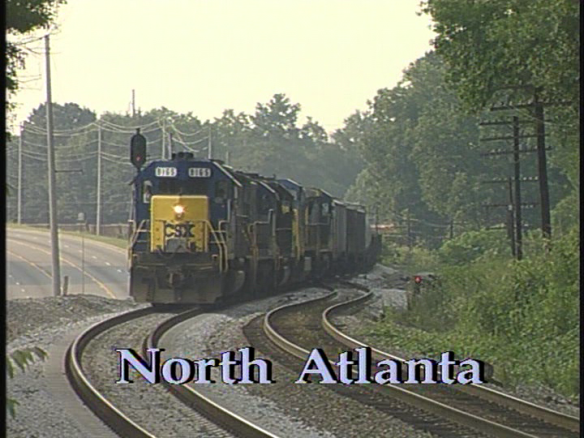 The Western and Atlantic Railroad owns this trackage. CSX leases it! 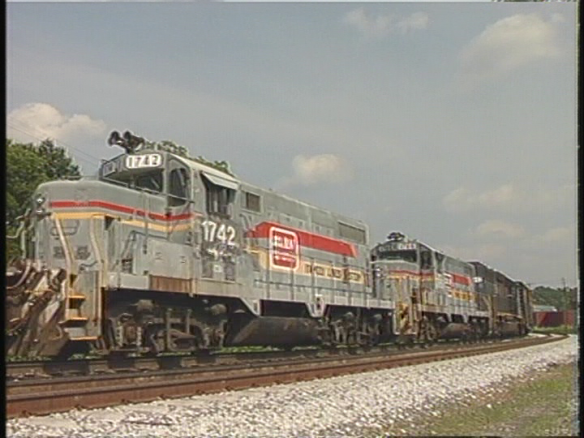 Check these Family Lines, that have not been repainted. A B&O loco, brings up the rear. 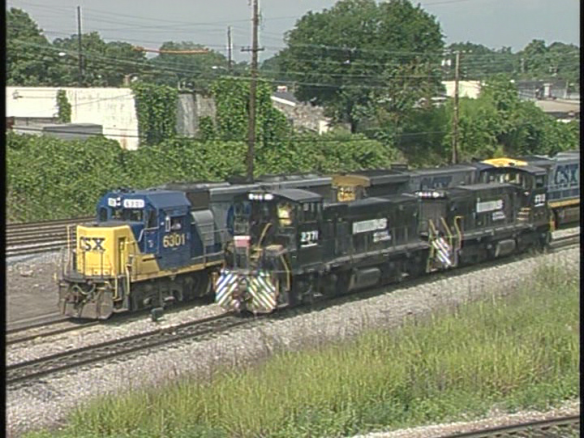 Howell Tower is an Atlanta hotspot. CSX and Norfolk Southern meet there. Many trains are viewed at Howell. Including a CSX move, that waits for the whole board to clear! 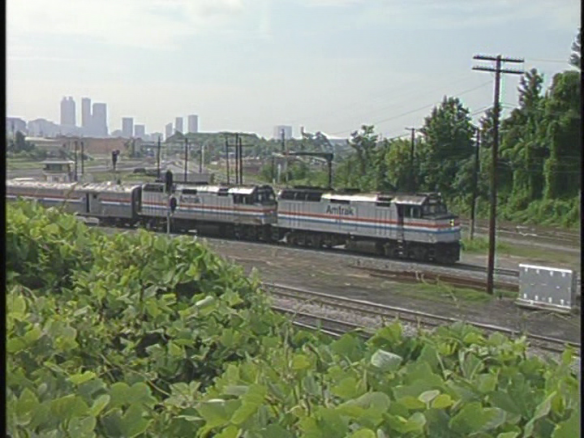 Amtrak does show up, with The Southern. 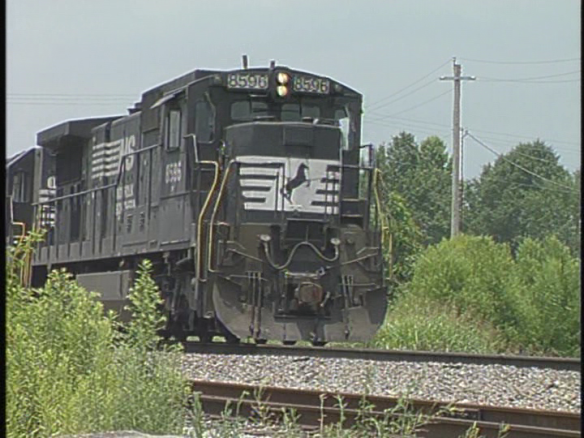 Norfolk Southern has busy mainline trackage through the vicinity. Dalton, GA. is a well known hotspot, with both railroads. 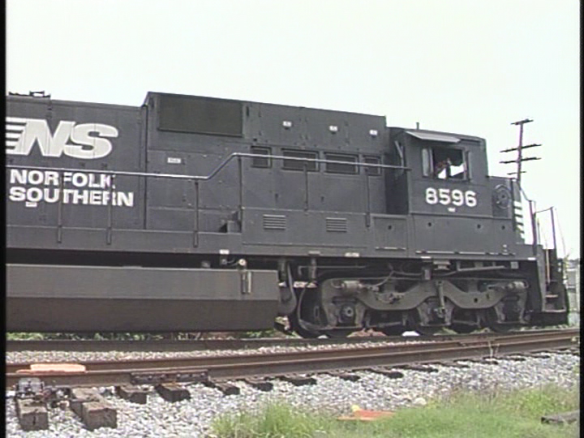 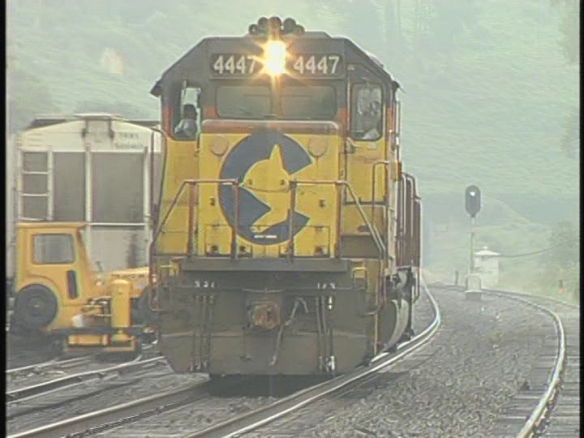 Tunnel Mountain, that tunnel was constructed in 1923. That Chessie System 4447, sports old paint. 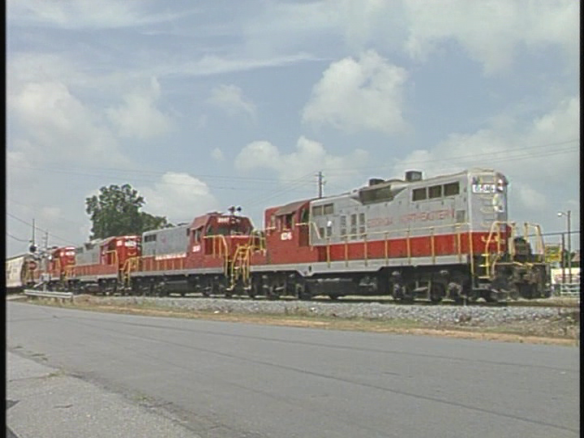 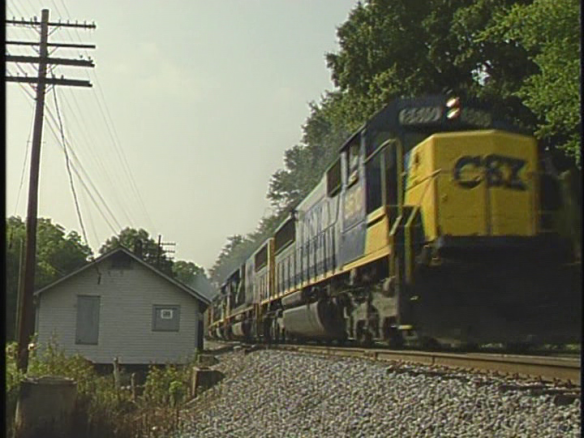 CSX continues towards Chattanooga. Although, not much of that mileage is shown. Rather, several locations are featured. Seriously, they should have included some maps. 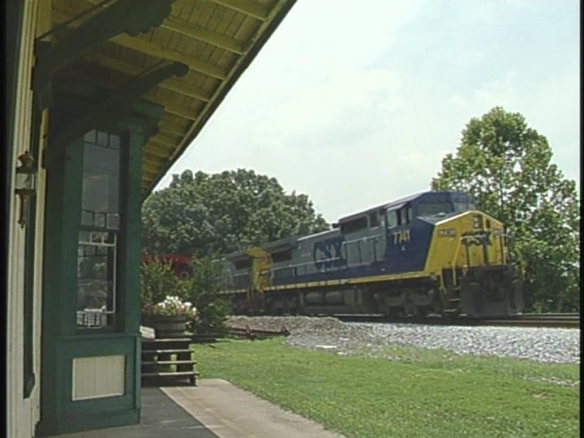 The Kennesaw station, displays some creativity, from the Videographer. CSX 7741, a C40-8W rolls past. 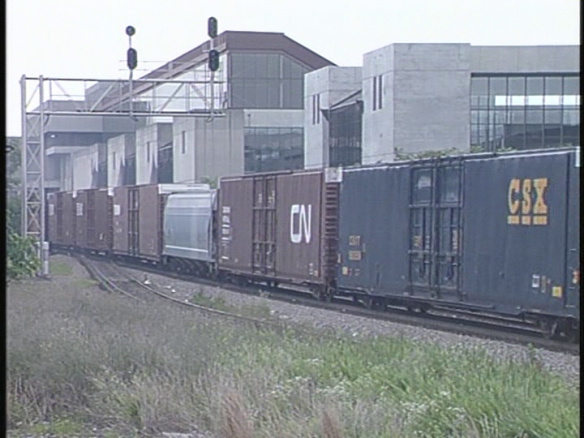 BIG era freight cars are clean. My own term. I like it… Before Idiots Graffitied. 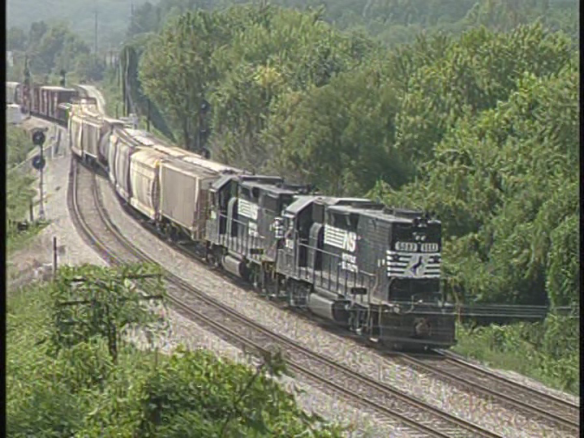 A marked change in the terrain. This is Chattanooga. A few minutes to the show’s conclusion. 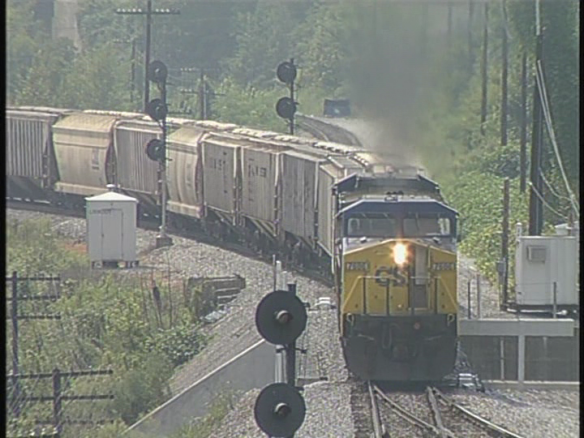 Bringing it back home. CSX shares some rails and such in this area. 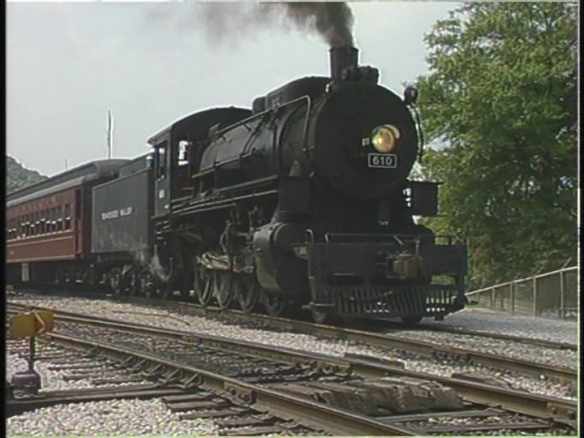 Hitless on a caboose. No worries. Close with this steam engine, at Tennessee Valley Museum.

CSX 1. Atlanta to Chattanooga. An excellent look at CSX and some Norfolk Southern. The main focus is on the Atlanta vicinity. This show runs so smoothly, it is a fine one to view. Even if it may not match travel expectations.

They do mention, that the next volume will begin in Chattanooga. So, perhaps a slight tease in the title. I bet they have improvements. Which brings us, to the bottom line.

Smart production has elevated, a less interesting era of Railroading, into a higher level of entertainment. Creative filming and some interesting scriptwork, have done the job. Would have liked more coverage of the route mileage, and a map. Still, a satisfying show on CSX!