A fast paced look at the Buffalo, New York vicinity in 1991. Much more than Conrail. A vast network of trackage provides a plethora of Railfanning.

An older release, that was on VHS. This one is on DVD-R format now. A Chapter Search. Dolby Audio. On-screen graphics.

The Buffalo area tour is geographic. The script declares the locations. At times, on-screen graphics with train designations and/or location. Color balance range is, fair to excellent.

Interesting at the time. First generation locomotives, albeit rebuilt. These were still in service, as this GP10.

Switching and transfer runs, are seen.

Conrail in Buffalo is extremely busy. Loads of train meets. This shot, is a yard scene.

A parade of freights on the mainlines.

Plenty of various railroads are around. Pittsburgh and Lake Erie, is one. 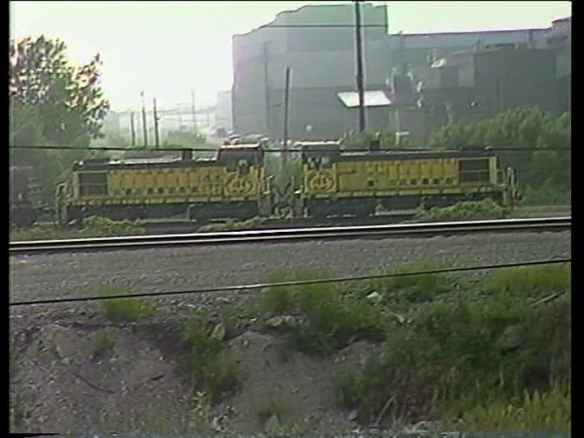 Susquehanna hauls out of here, as well. 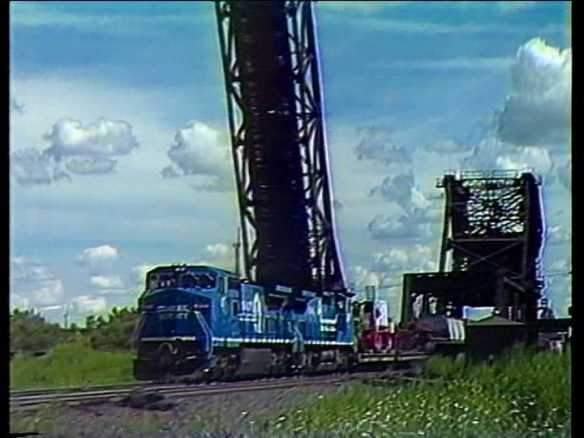 The CP Drawbridge is a hotspot. 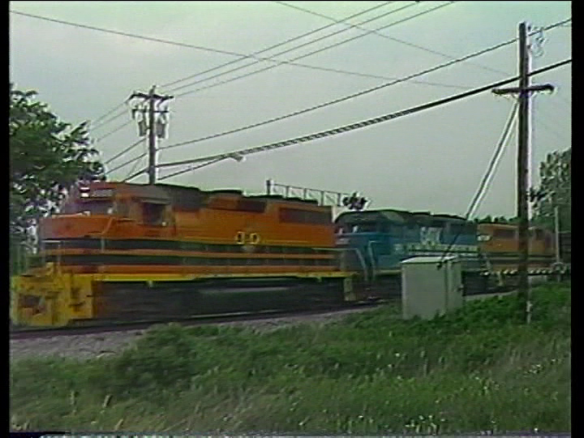 Buffalo and Pittsburgh, passes through.

As does a Chessie System, with a CSX unit.

Make no mistake. It is mainly a Conrail show. Trailvans galore!

Norfolk and Western has the clearest caboose views. Yes, there are some Conrail ones.

Rails Buffalo is a solid effort by Green Frog. The train action is non-stop! Viewers will wonder where the time passed, so quickly.