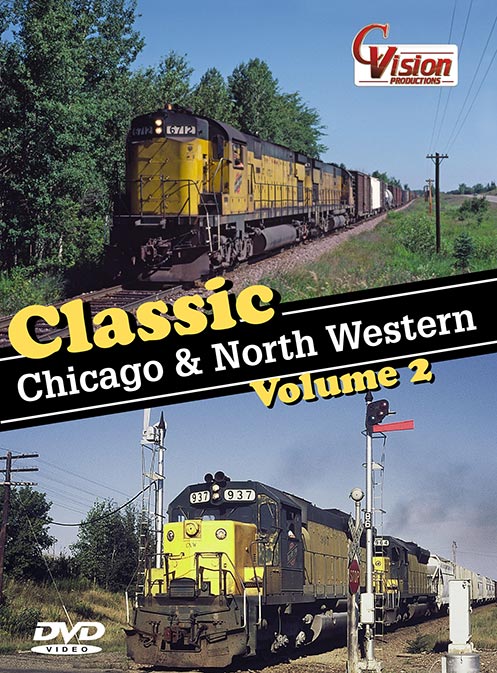 This middle Volume follows the CNW in the Midwest via Fred Crissey’s movie camera. Predominantly a rural show. Some lines have since been abandoned. A long Chapter of steamer 1385 from a 1986 outing is included. Also, the big Alco Century locomotives appear.

Typical of the other C Vision and Fred Crissey programs. All color 8mm film. Musical background soundtrack. Switchable on/ off at the menu. 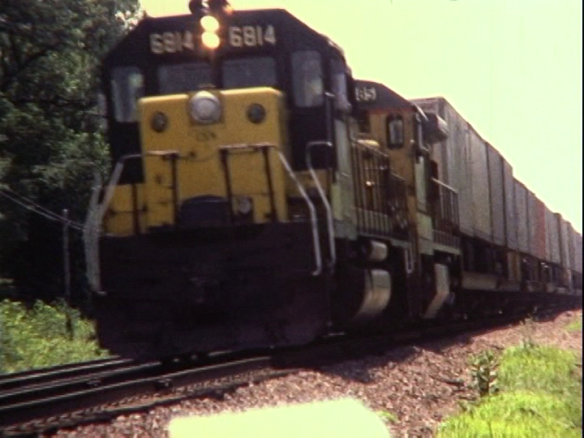 Films are original condition in appearance. Clean overall, with good color balance. Handheld camera. Steady for the most part.

Quite a bit of the first half is shot with some distance from the camera. The only real concern with most Fred Crissey film collections. Though, not a deal breaker by any means. 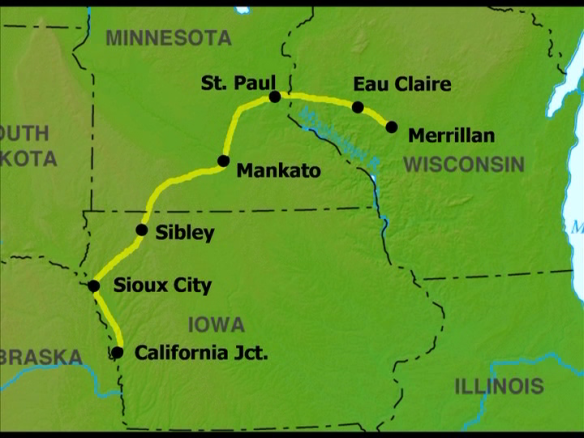 Several overview maps. Simple, but effective. Here, is a really handy one! 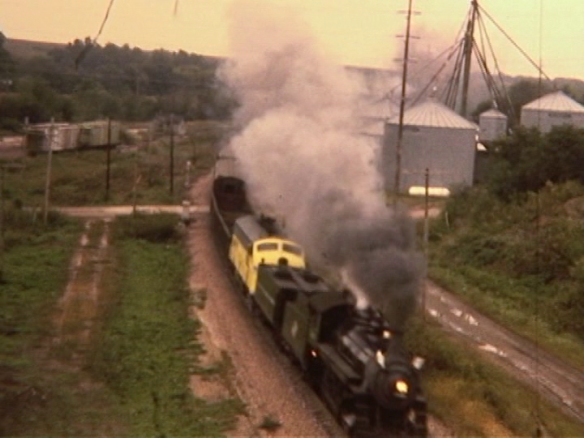 He doesn’t train chase as extensively, as some other times. Save the 1385. This results in a better program.

Many trains are fronted by SD40 or even SD45 units. Those SD40s were ubiquitous, at the time. Lake Crystal, MN. 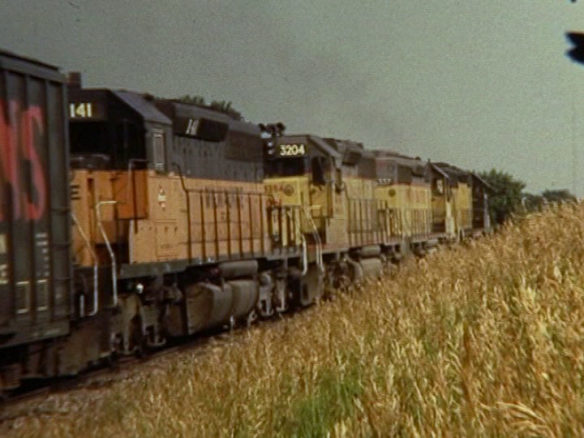 Union Pacific or Conrail trailing power are not uncommon. Run through units, as the Union Pacific pair. An occasional Milwaukee Road, as well. 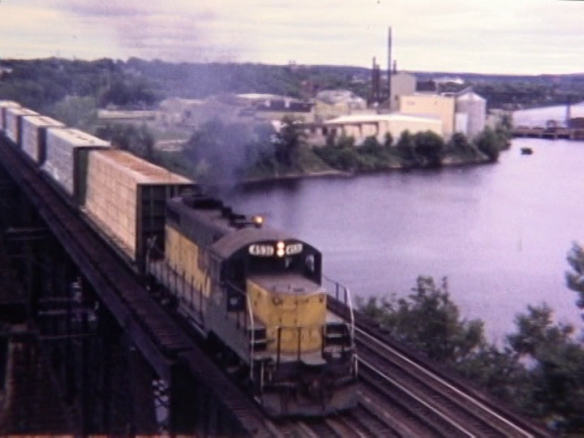 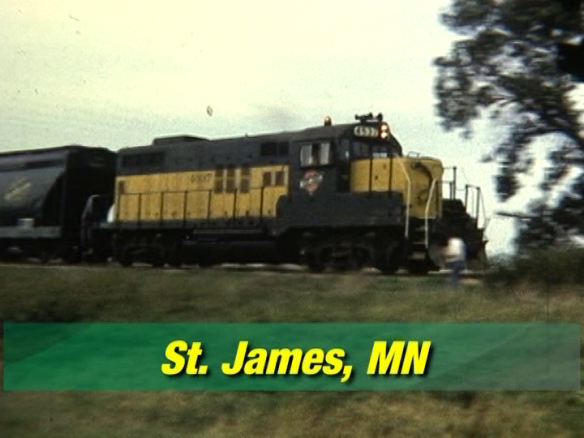 Although harder to find. Other engine classes work the lines. Left in some extra graphics, for additional information. 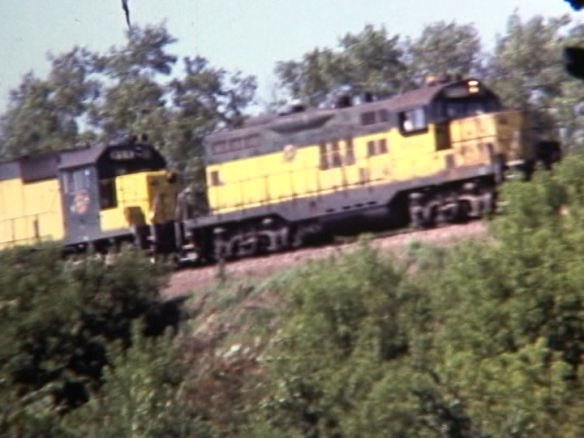 Knapp Hill with a steep grade. 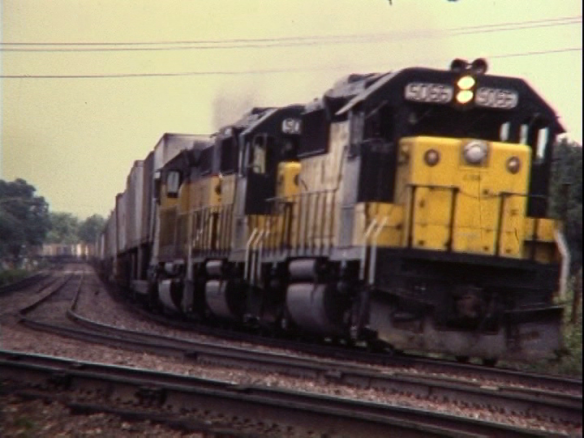 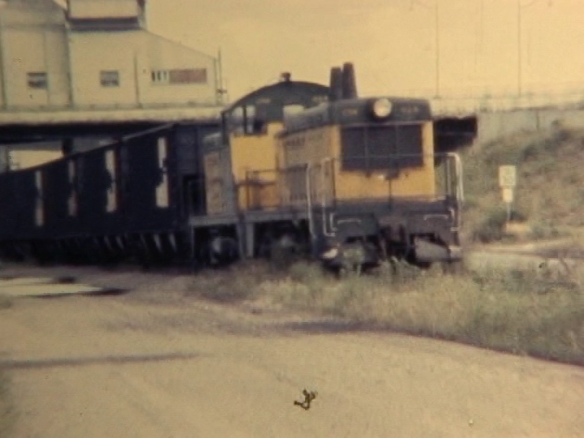 Observe this hard to find, EMD cow and calf set! 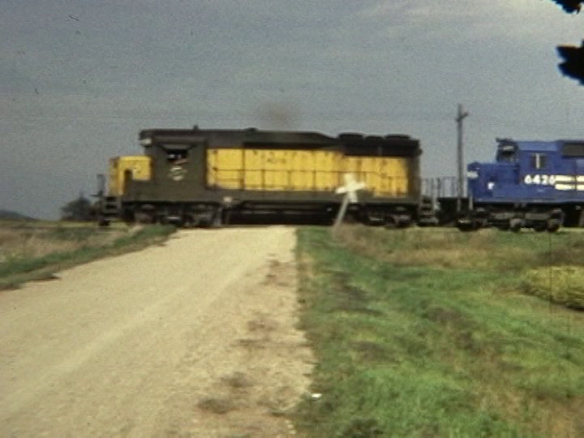 Back on the main. A GP30 lash-up with a set out car of fertilizer.

At the Kate Shelly bridge. A CNW locomotive, leads Amtrak’s California Zephyr, which was detoured. 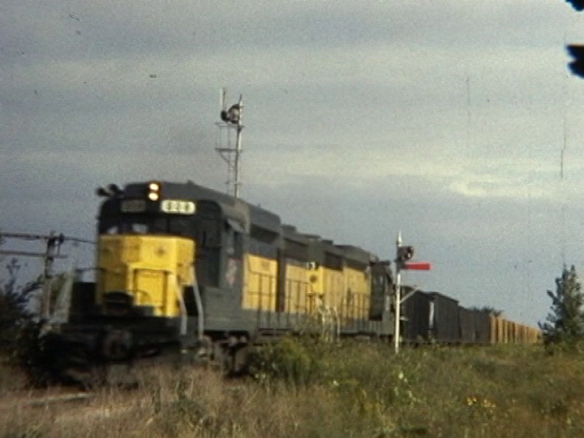 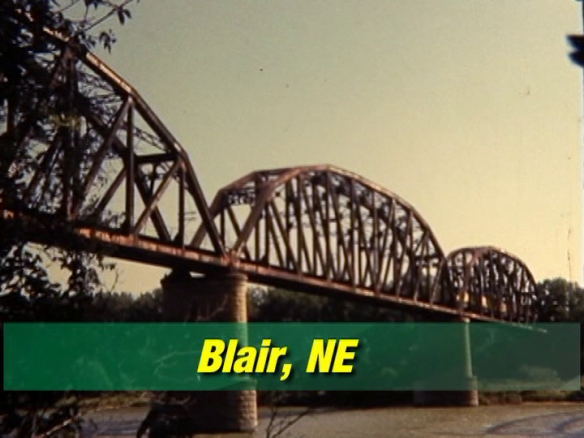 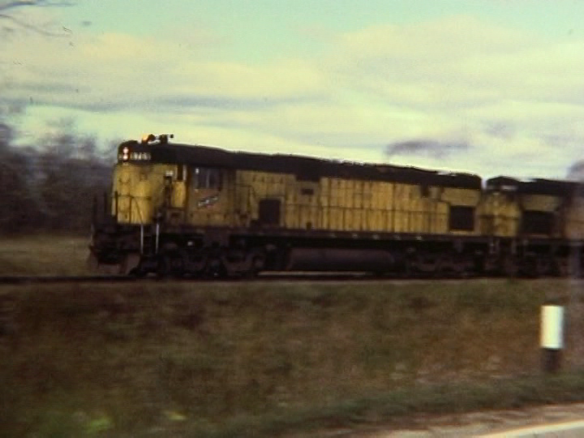 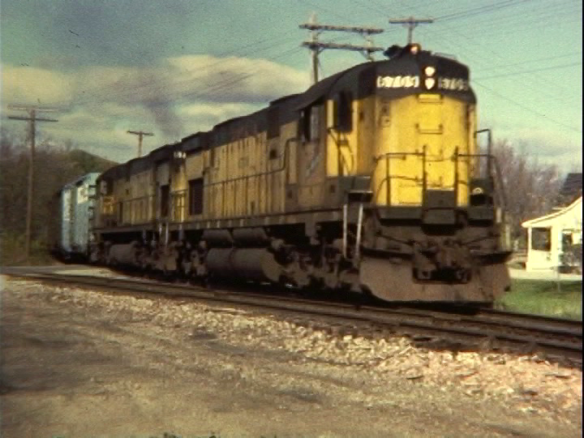 A Century pair on a general freight gets chased to Green Bay. The 6709 leads. 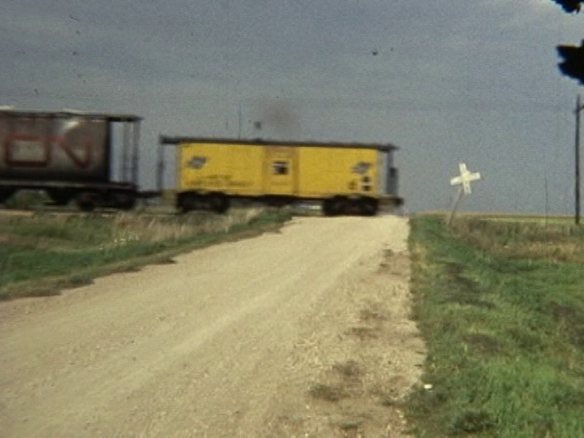 Volume 2. A rural looking CNW. A wide ranging show. It gives an interesting look at branch, and mainline action.

Wide variety of freight trains. The 1385 is alright. The big Centuries are a quick bonus. A strong entry in this three volume series.