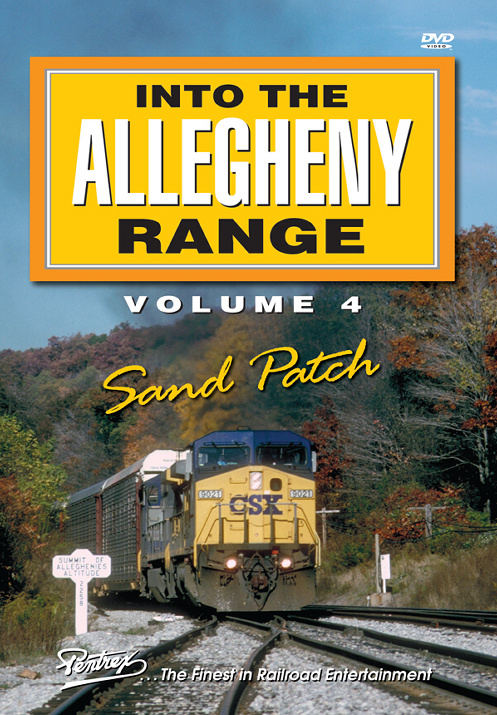 While filmed over a three period in the early 1990s, wait there’s more. Has interpolating, steam era, color footage, from William Price! 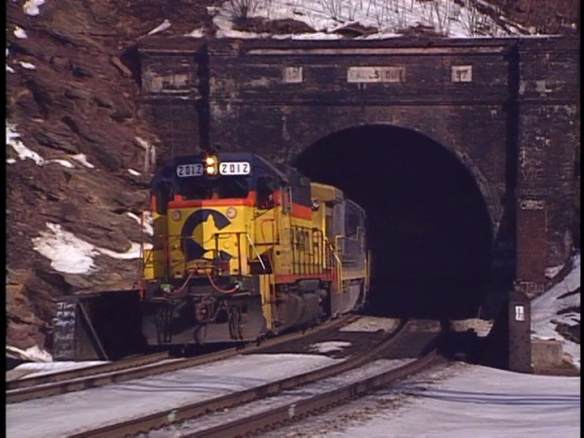 At a total length of 4 hours. There are the 2 DVDs in this Volume. This review will barely get the surface highlights. Quality is on par, with the other three shows. Par excellence!

Mountainous terrain and CSX trains fighting their way up those tough grades. Shot in all seasons and any weather conditions. No stone is left unturned. 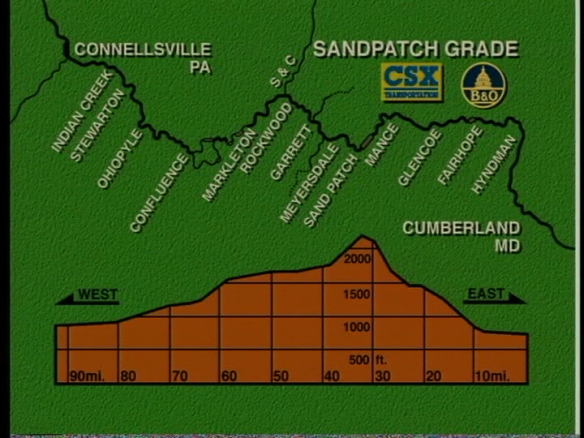 All the previous extras are present. A generous supply of maps. Frequently referenced to mark our progress along the line. Elevation maps. Detailed, on-screen graphics with additional information.

Bob Taylor announced a detailed narrative. Even includes tips on photographing or traversing the area.

The journey begins at the Eastern end in Cumberland. This time period is the last stand for active, Armstrong towers. 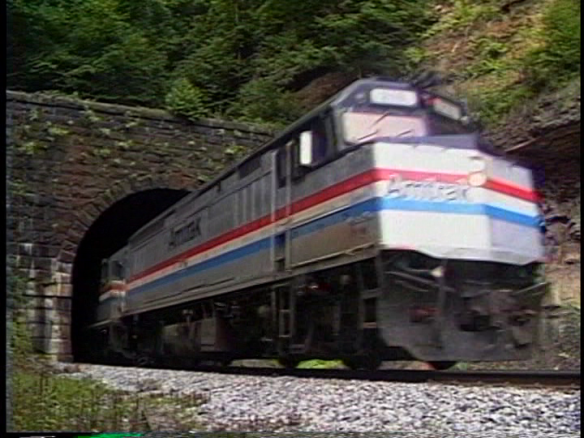 Tunnels are numerous. Both ends of each bore are covered. Amtrak moves appear throughout.

Towers are visited. They may or may not exist now. Wonderful! How the Price footage is edited in so well 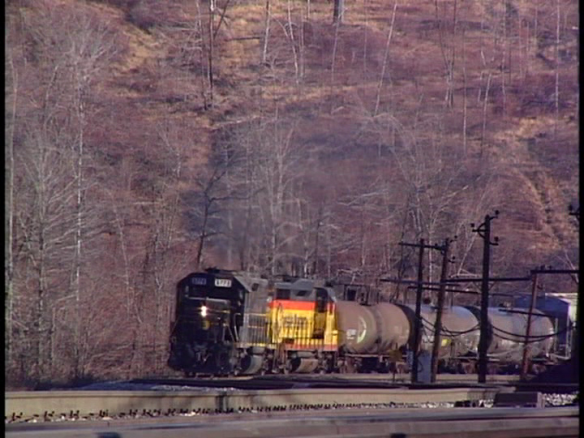 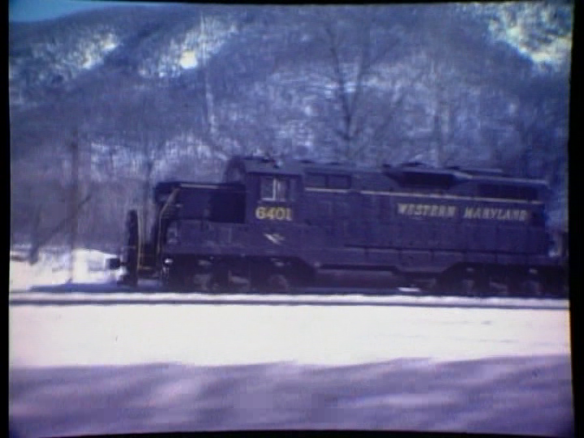 Tom Biery gets credit for this sequence. This Western Maryland led freight is paced near Mt. Savage Jct. Shortly after the Chessie System merger. 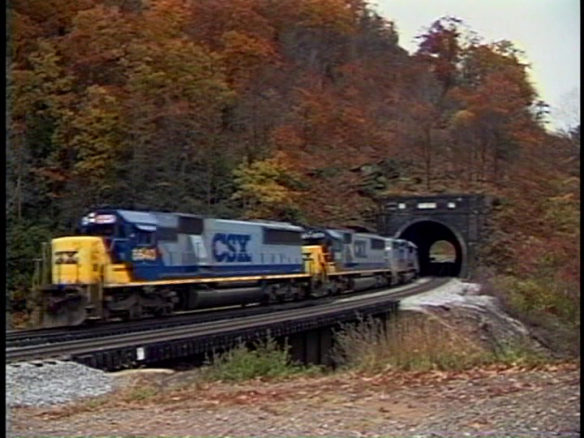 Fairhope Tunnel provides a scene, that is perfect for Model Railroaders. The short tunnel, immediate bridge over a river, offer a wealth of possibilities. 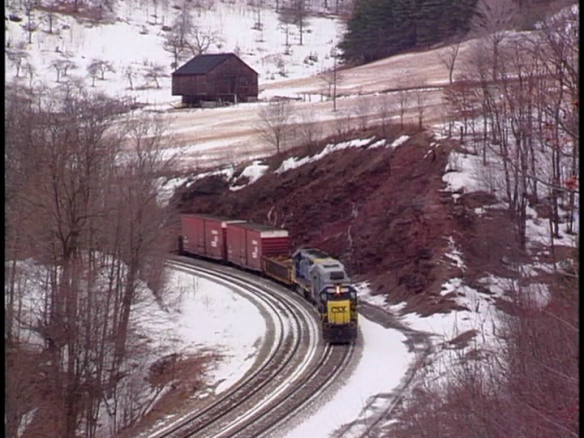 Mance is loaded with scenic opportunities. Receives an extended Chapter. 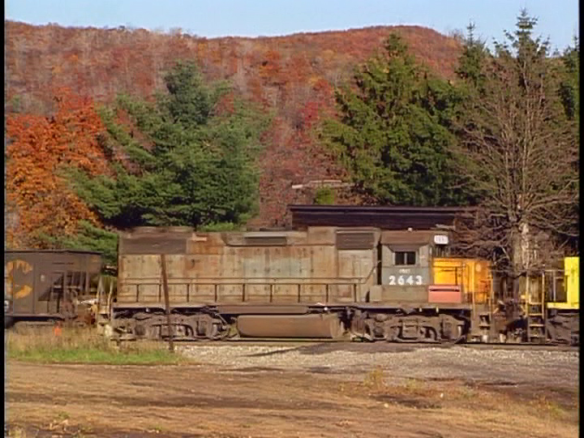 Majestic, aerial viewpoints are look alikes for model railroads. Some ambitious climbing, is how the Videographer attained some shots. Several are spectacular! 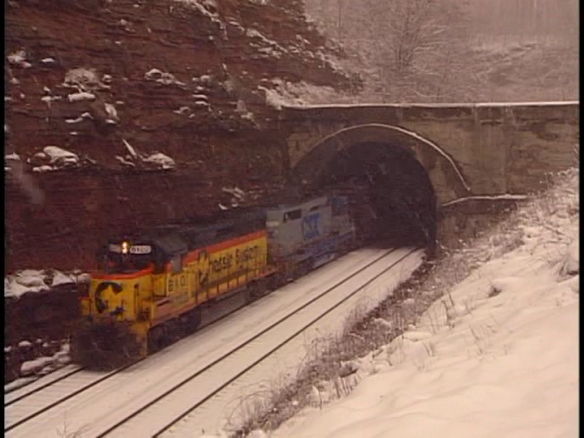 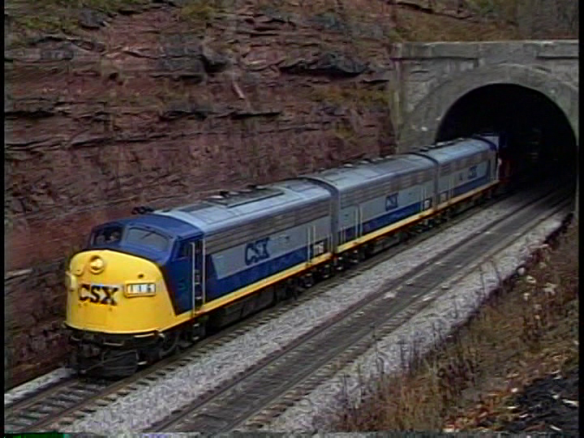 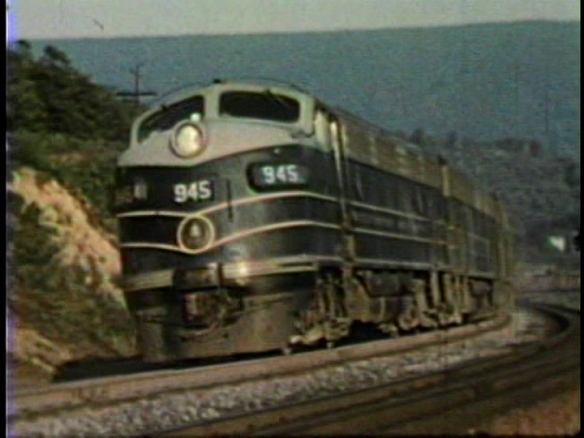 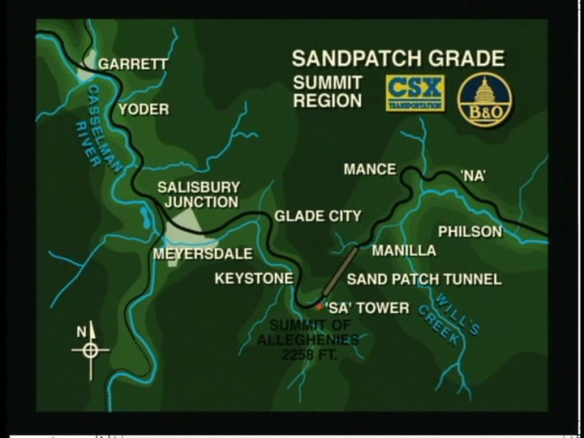 Disc Two continues the journey from the summit.

One more scene of those great B&O steam locomotives.

Watch, as the rails are pulled up on the Berlin branch. Witness the final train there.

A Somerset local on S&C with a rare Sunburst B&O GP30 in the lash-up.

Shoofly is an interesting tunnel.

Benford is great looking brick one.

Connellsville Yard has some fine; before and after film. At the time of this show, extremely limited usage.

A Cab ride aboard a Chessie System GP38 helper. About to pass under Salisbury Viaduct. This closes this show.

Volume 4 is a winner! If you can only afford a single release or want to sample only one. This issue has comprehensive coverage of world famous Sand Patch Grade.