In 1997 the word was given. Historic Tennessee Pass was going to be closed by the railroad. Pentrex then documented the Tennessee Pass subdivision. A 200 mile line.

The show is organized into three main sections. One third from Pueblo, Colorado. Another third from Dotsero. A middle section with the Summit. 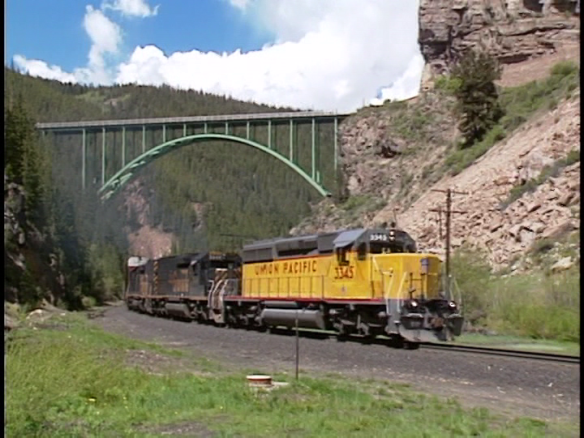 There is so much to see. Let’s hit some highlights. 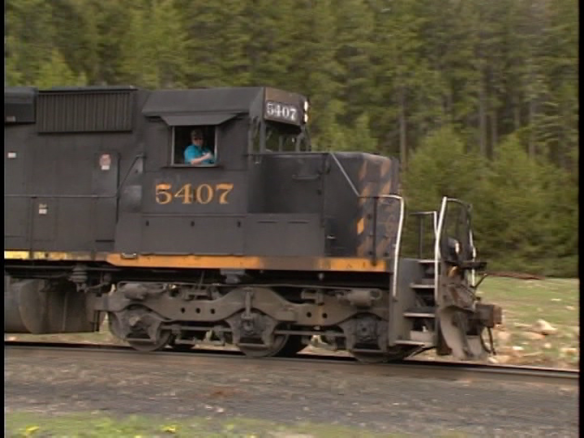 Pentrex extras include many reference maps. On screen graphics with; train designations and locations. 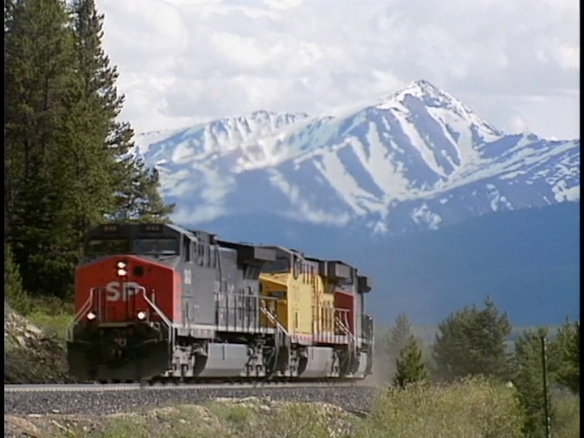 Expert videography is on tap. Beautifully shot. Encompasses the magnificent mountain scenery along with the centerpiece trains. Well done!

Audio is live sound. Pro sound throughout. Some obvious video source flaws late in the program. Minor glitches. No worries. Part of the review. 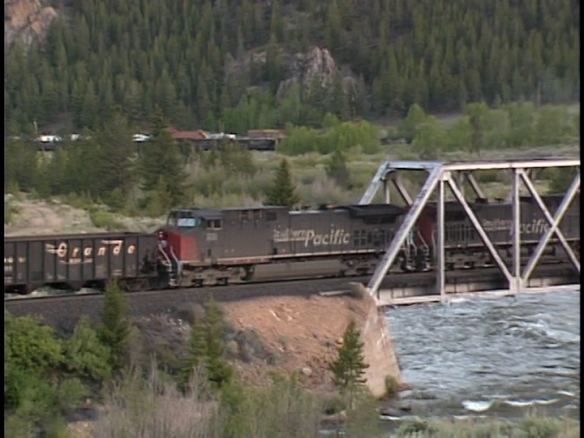 The program begins on the Western end and travels towards the center. A rather sharp decision. Viewers end up at Tennessee Pass Summit. The tunnel is the Summit.

Restart at the opposite end of the sub. Achieve the summit twice! Brilliant. 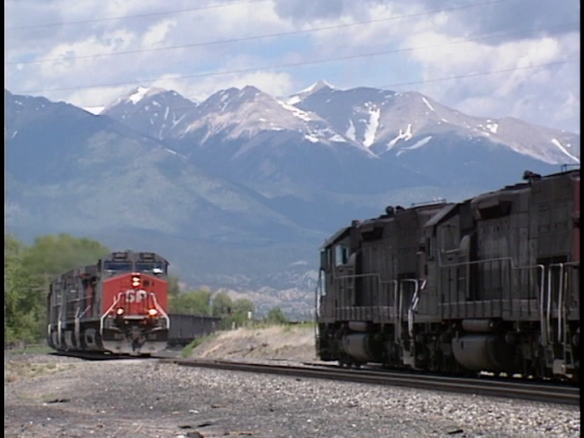 Relentless train movement. Ever changing scenic vistas will keep eyes on the screen.

At Minturn. The pace slows down. Watch the process. Mid-train helpers are cut into a heavy, unit coal train. 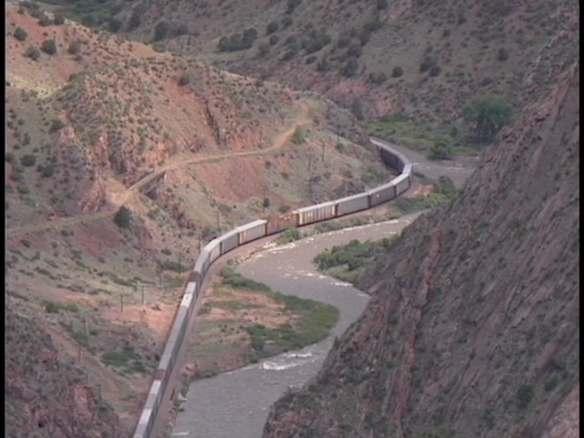 Royal Gorge is a scenic highlight. 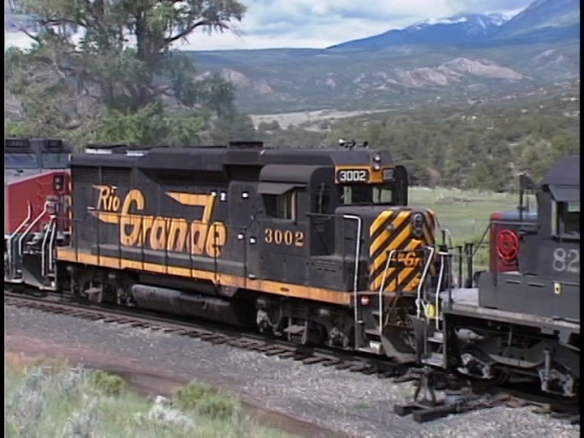 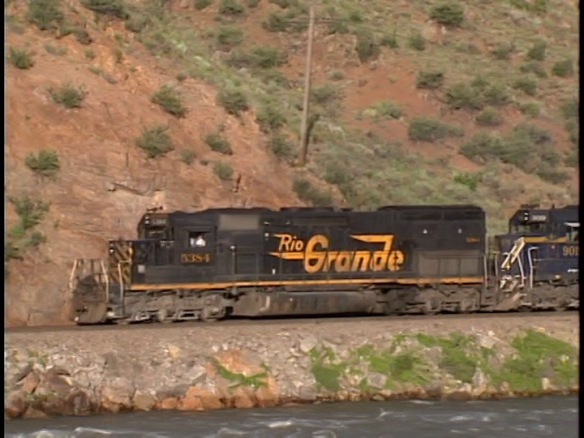 Although the GE AC4400 were dominate. Tunnel motors and the The Rocky Mountains. Go together like peanut butter and jelly. A classic! 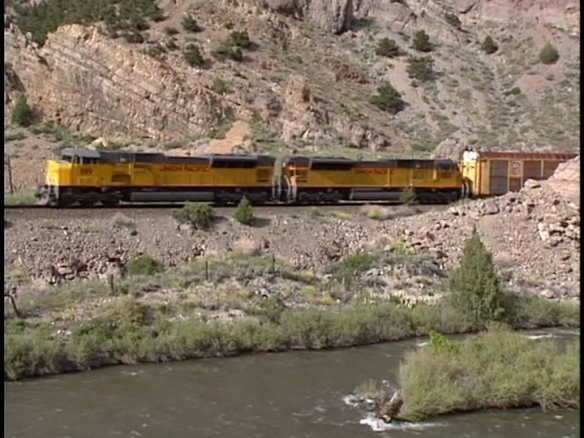 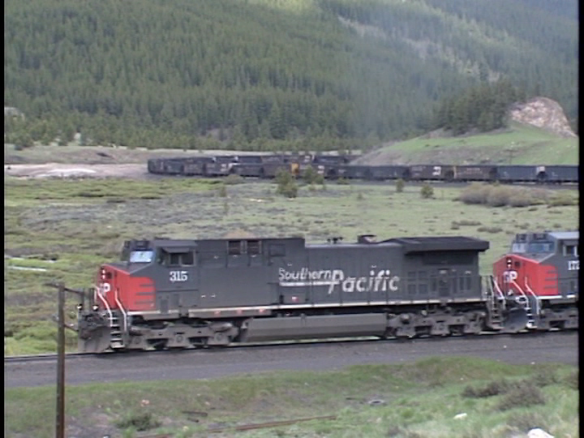 Those sweeping curves at Mitchell. They have been filmed since the steam era. Still exciting, even with diesels! 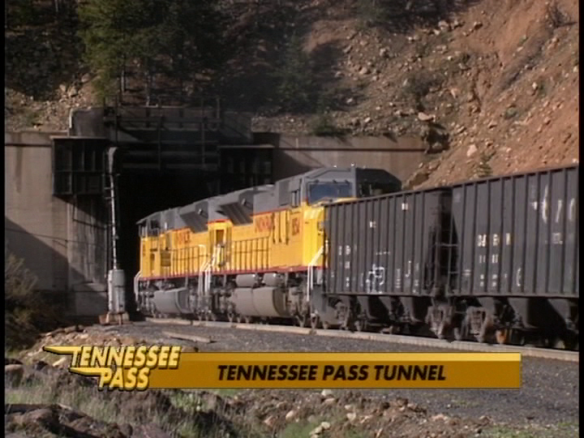 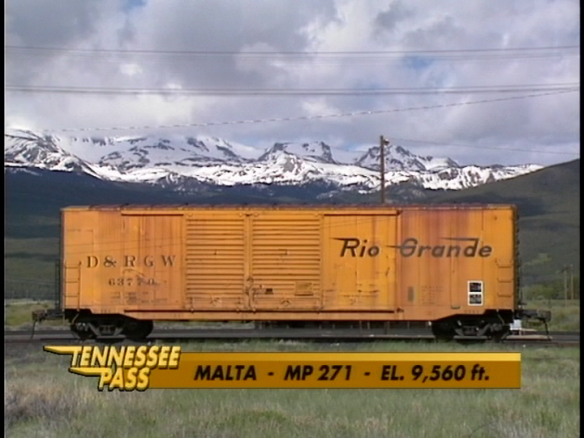 Not a caboose to be found in this show. There is this vintage DRGW boxcar. Close enough for horseshoes. Ain’t she sweet? Let’s go with this for the closer.

Tribute to Tennessee Pass. Has all the elements. Mountain territory, good mix of power and freight. Excellent visuals with a sharp narrative. A fine program for the whole family. This amoung the top Pentrex shows!