A continuation of Fred Crissey’s extensive travels. This Volume 2 is Burlington Northern across 6 states. The late 1970s into the 1980s. A still interesting period of trainwatching.

Action along the Sandhills in Nebraska.

There is a Chapter Menu. No maps. However, the speed at which the show moves. Maps would have some difficulty. Although they are always a preference.

Music has an on/off option. Soundtrack is similar to the others. No train sounds.

Fred employs his trusty 8mm color movie camera. This film has aged well. Pretty clean overall. There is some variance. Speckles are the offenders on a large, modern screen. Nothing weird. 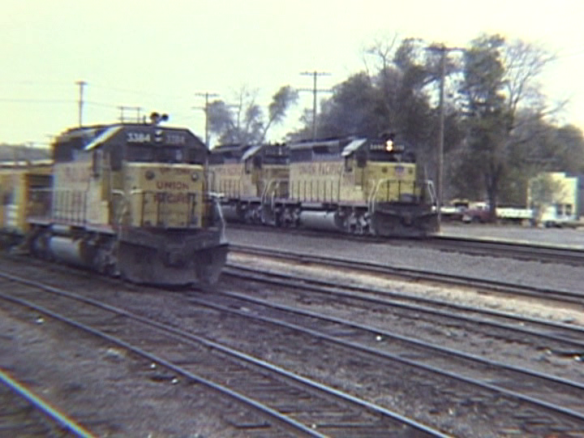 A surprising variety of run through power. Some intersecting roads add to the mixture. Union Pacific local and a road train. 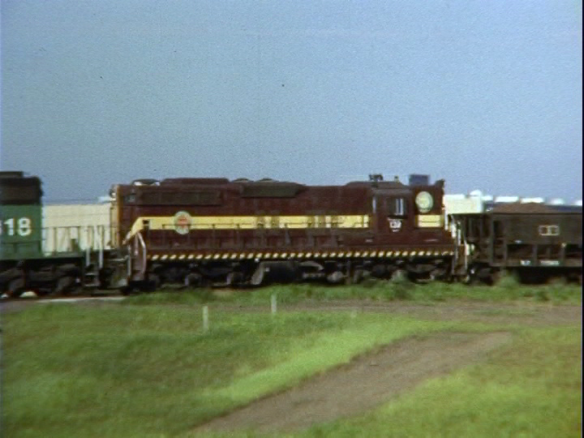 Obvious roadnames such as: CNW, Santa Fe and Union Pacific…

Others such as: MoPac, Missabe and KCS are present. Check the lettering on those KCS units. Note the paint scheme on that old Missabe! 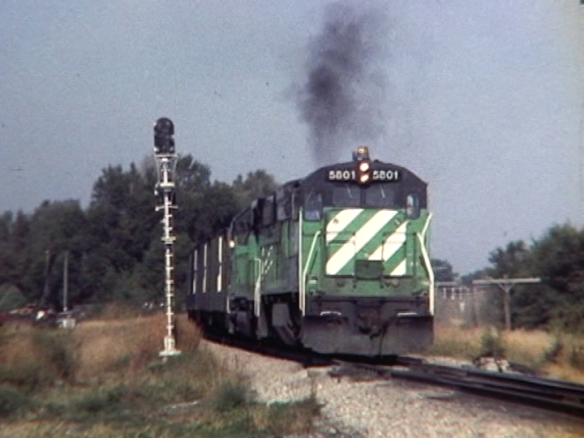 A cornucopia of trains, provide a nice sample of BN diesels. 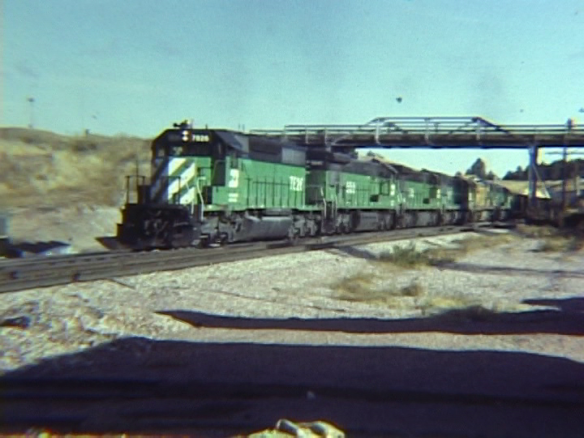 At this time. Hordes of SD40-2 locos were dominainting the mainlines. Crawford Hill, Nebraska. 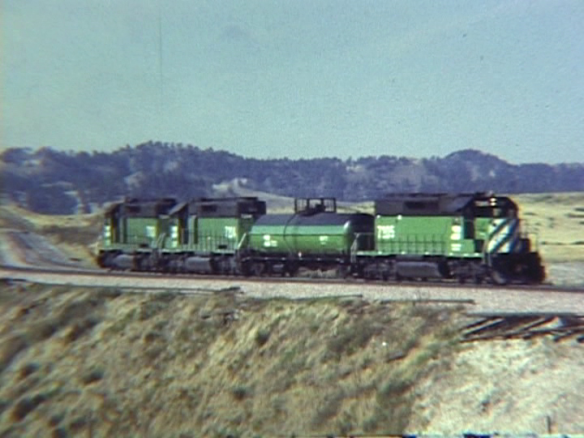 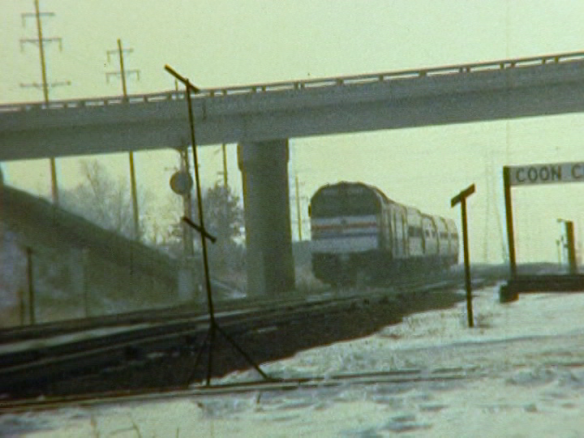 Amtrak appears in several scenes. Such as this train at Coon Creek. 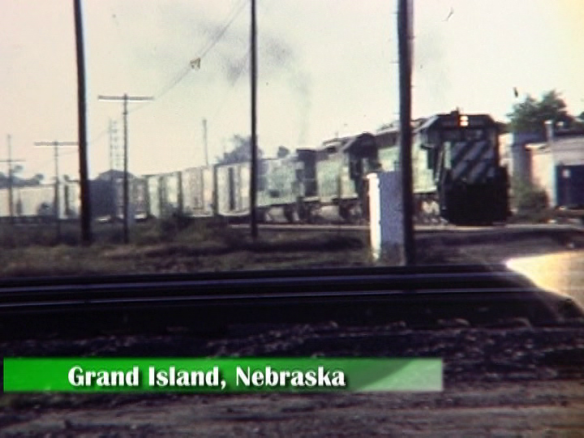 Always one to give a chase. Fred gets plenty of opportunities, in the wide open plains. On-screen graphics are frequently employed. 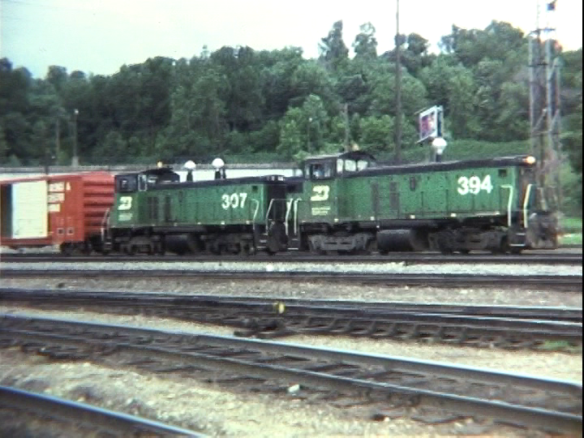 Electromotive switchers were used in local service. Now, around the Twin Cities.

GP units were also being used. 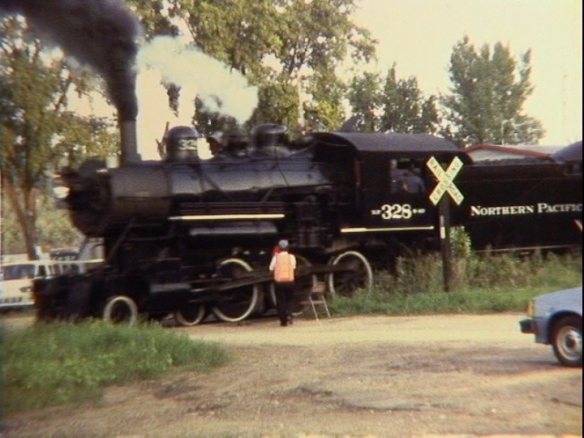 A Northern Pacific steam locomotive was being used in tourist train service. Since retired. Not quite sure. This might be rare footage. Limited coverage.

A caboose was a common sight. No side windows… 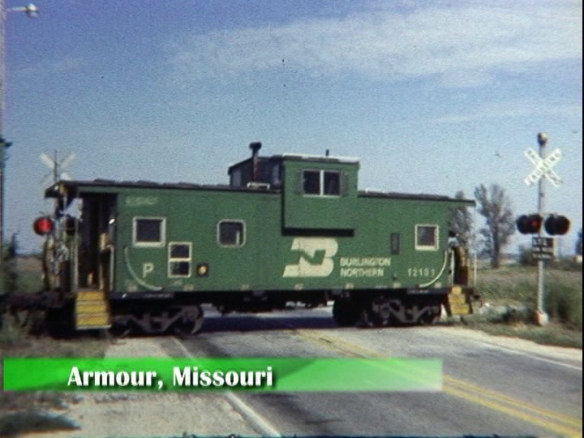 Everyone wants a comparison…

Both shows are a must for Burlington Northern fans of this era. It is splitting hairs to cut the difference. One viewer may find nostalgic value in one area, versus another.

Having now viewed both shows. This Volume 2 has additional variety. Plus the F units are here. If that floats your boat. Perhaps, a slight edge to this show.