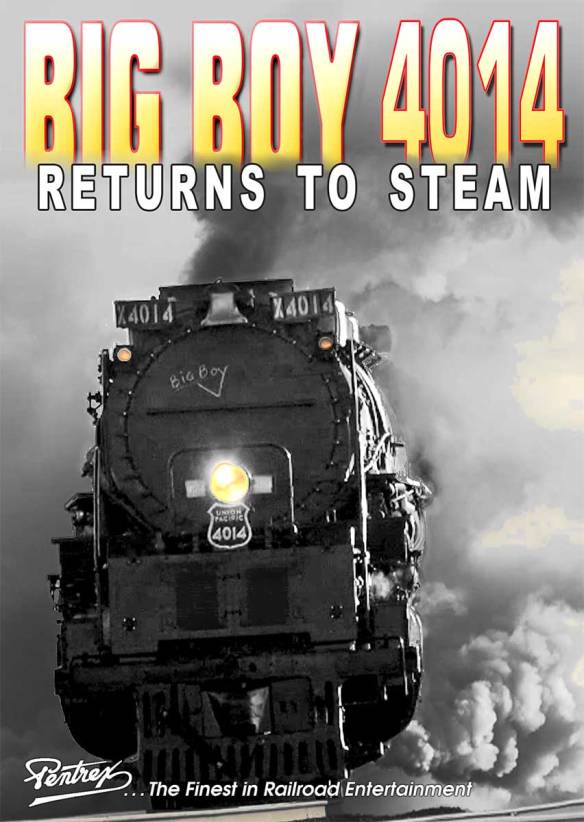 Pentrex covers the Union Pacific Big Boy 4014 in May of 2019! A round-trip to a 150th Anniversary of the Transcontinental Railroad Celebration.

The 4-8-8-4 was built for freight hauling in the challenging, Western country. Particularly, was well suited to haul trains over the likes of Sherman Hill. 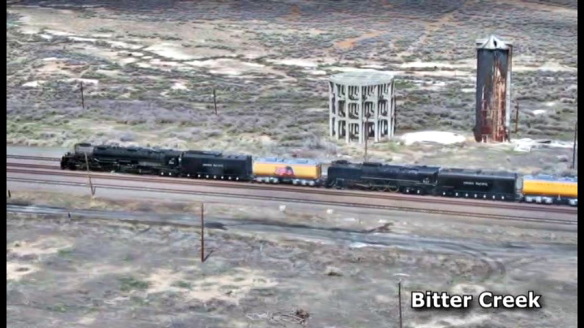 Filmed from many viewpoints. Accompiened by a strong and lively soundtrack. This show is best viewed on a large screen, with a sound system!

Pentrex’s hometown favorite, David Drui gets the nod for the narrative. Smooth as glass. 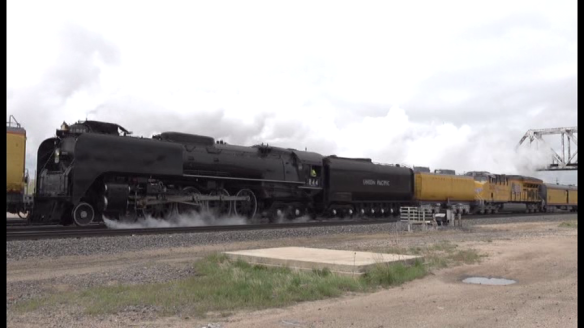 In a different move for the visuals. Pentrex went outside their own house. Taking outside contributions to add to this thoughout show. This does include aerial views.

The overall route of this move.

The deluxe map of Sherman Hill is a modern, 2019 graphic quality. Coupled with a detailed explanation. It will sort out any show, that contains Sherman Hill. Outstanding!

A brief introductory phase is a natural. A few shots of vintage Big Boy and 4014 action.

Pentrex digs into their own archives, and the Big Boy Collection. 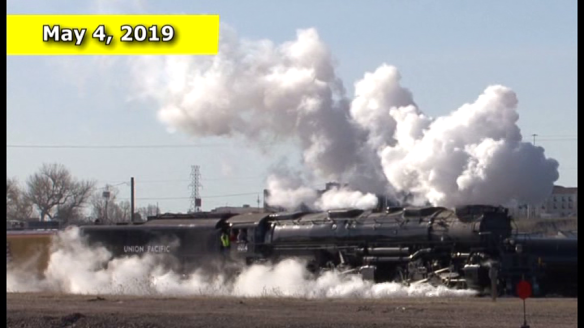 Remember when the word was that a Big Boy was too large, too heavy, to ever return to service?

Some testing as a precursor to the return to excursions. A modern diesel trails with dynamic brakes activated, to simulate a load. One would think it was only for protection!

The show proceeds at a leisurely pace. All of the dates and locations are shown with on screen graphics. Up to date and sharp in appearance. 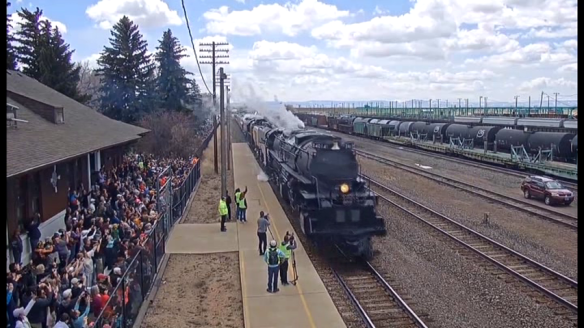 Laramie is jam packed with people, waiting to see the Big Boy arrive.

As the engines are serviced. A few Railfans are interviewed. Big Boy interest is intense. Even, after over a 50 year absence from the rails.

At Ogden, the 4014 and venerable 844 commemorate the Golden Spike. 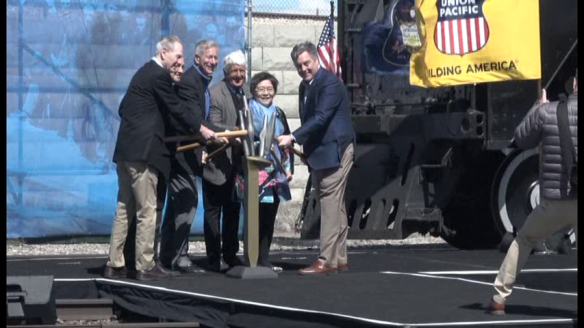 UP Chairman Lance Fritz, is the Master of Ceremony. May 10, 1869 was the original Transcontinental date.

Meanwhile, over at Promontory… A brief visit. Nevermind, this review, is about Big Boy!

A quick FYI… In 1942 to the rails to Promontory Summit were removed. The original Central Pacific site stands, where there is a museum.

The Special travels back to Cheyenne.

Some footage from Big Boy 4014 Update by Pentrex. This has the non working 4014 being moved from Ponoma. Across some blacktop pavement. Model Railroaders will appreciate the likeness to snap track! 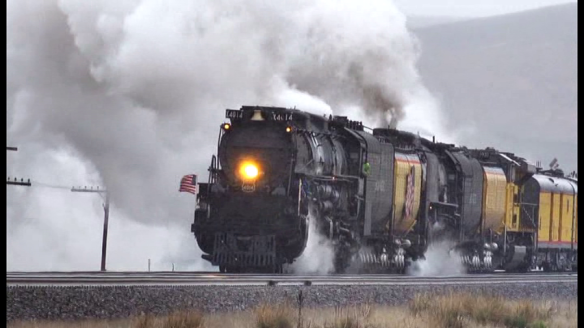 The program is loaded with impressive scenes of the 4014 + 844 pair. A bit of rain here. Mostly good weather. 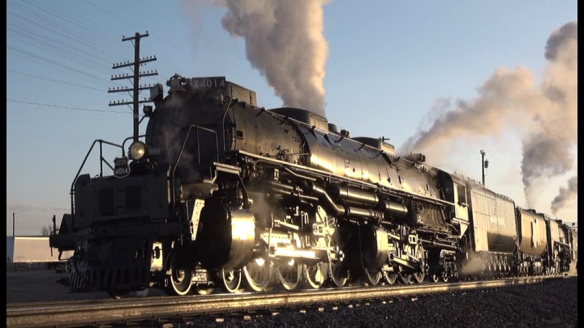 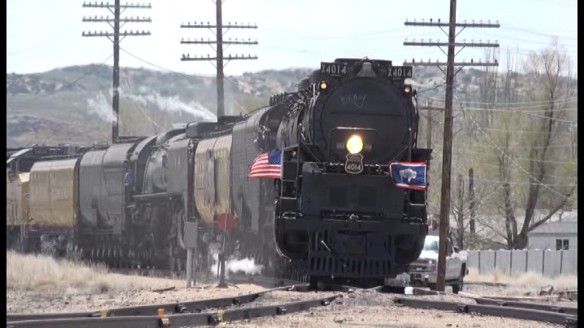 Note the off center headlight here. The articulated frame in action.

The sister 4013 was prominently featured in the Last of the Giants. See Big Boy Combo Vol. 1. Recommended as part of the Pentrex Big Boy Collection. Also, reviewed here, on American Train Video Reviews.

Pentrex handles the past and present duality with expert professionalism. While giving the heritage it’s due. The focus remains in the present.

This excellent presentation is a must for all Railfans. A great choice for the whole family.

A fantastic show from Pentrex!

On a personal note. Many years ago. I sat in the Engineer’s seat of 4017. On display in Green Bay, Wisconsin. I imagined what it must have been like to drive one of these locomotives. I never dreamed of one being returned to service.

I think that I can speak for a great many people. Thank you to Union Pacific, and those who’s dedication and hard work made this a reality.