Southern Pacific’s Lordsburg District. Filmed in the spring of 1995. Last of the semaphore signal usage there. Some double track installation, along with signal upgrades.

This was a power short SP. Leased units abound. No cabooses. Not much excitement in general here. Double stacks and more double stacks… 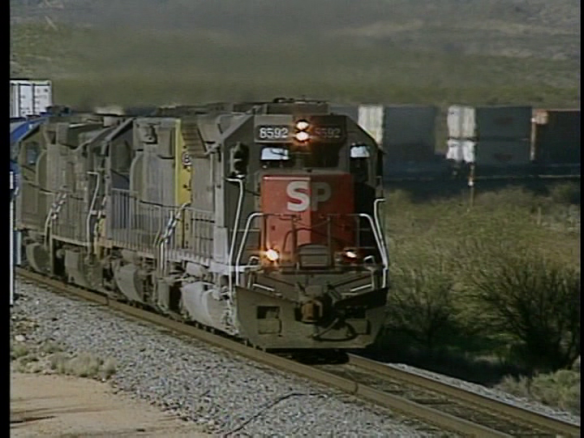 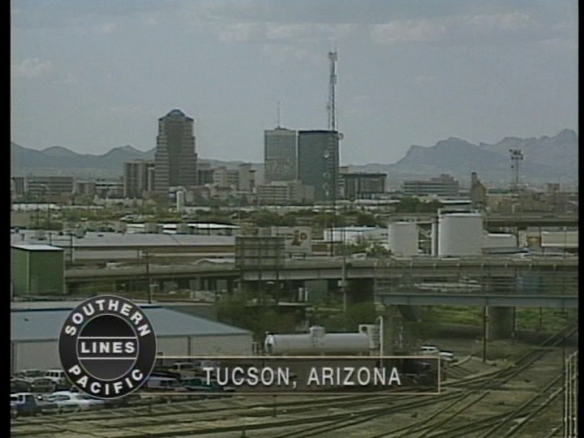 The show begins at the SP yard in Tucson, Arizona. It will proceed East until the conclusion at Lordsburg, New Mexico.

SP dark grey paint is what you get.

Maps are used at the appropriate times.

The last of the vintage semaphore signals are shown in operation. 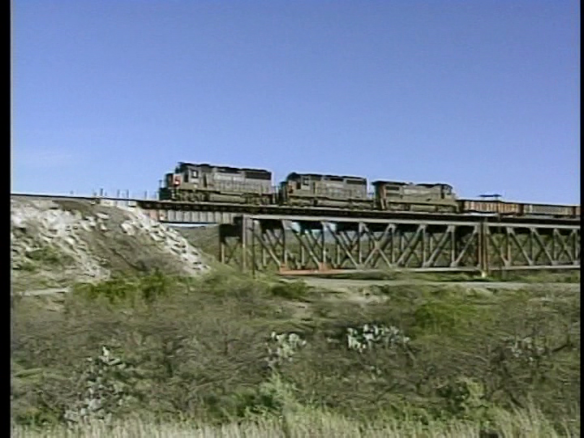 There are some sizeable bridges. 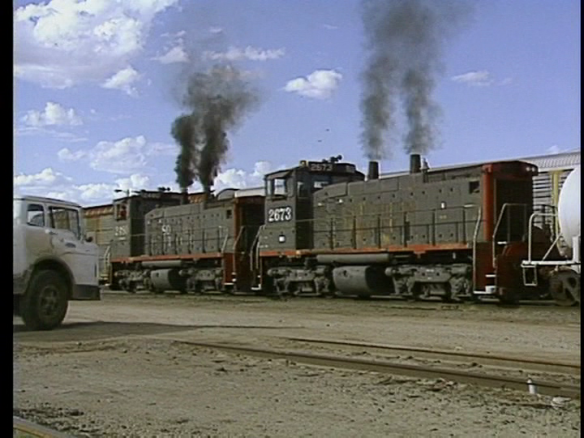 Much of the fleet needs repainting in 1995. Variety of locomotives. 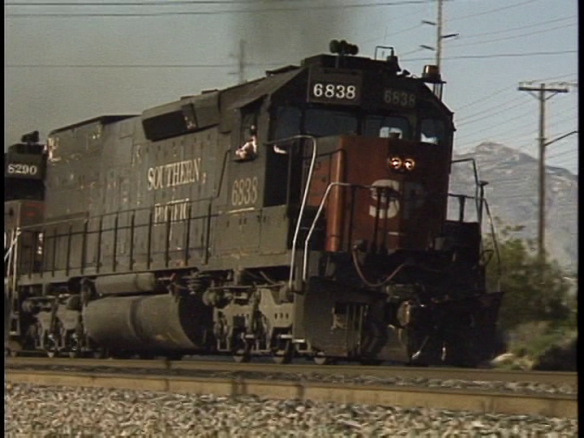 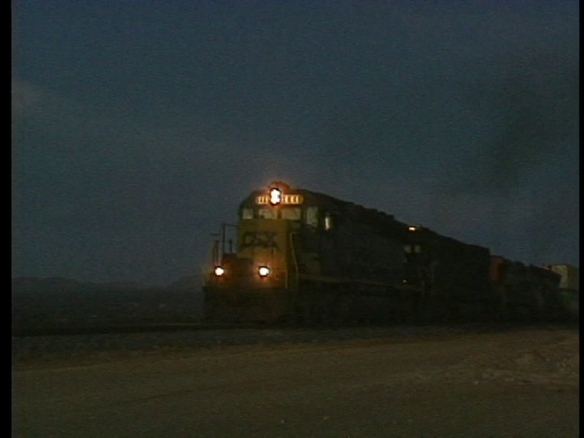 Top notch videography. Note, the CSX locomotive on the lead. 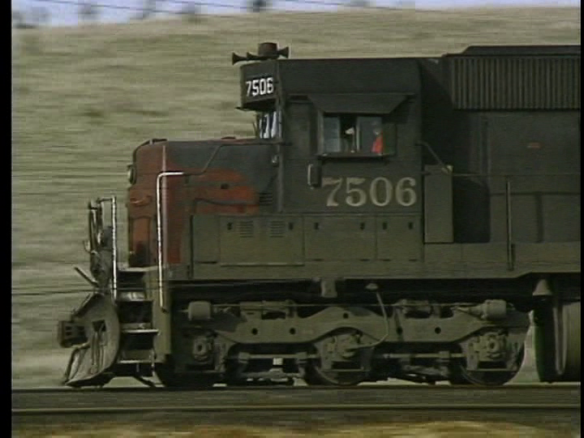 Pentrex does so well at the pan. 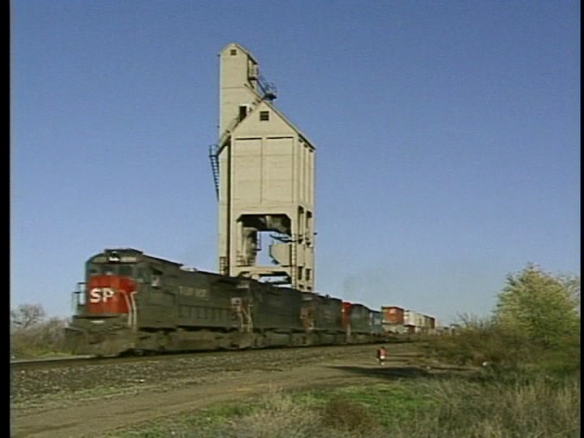 There are some old structures from the steam era, still standing along the route. Check the GE on the head end. 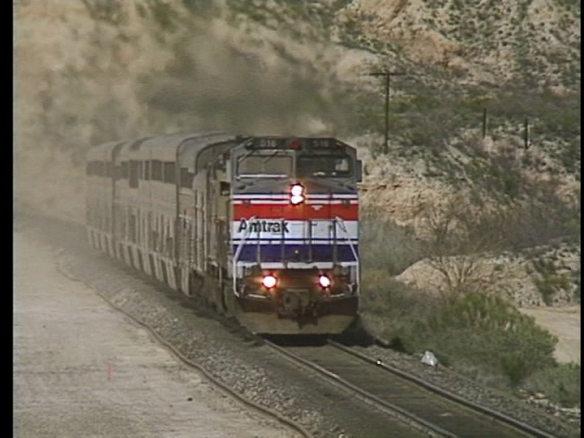 Willcox still has a Station in use by SP.

After awhile, the trains begin to look the same. 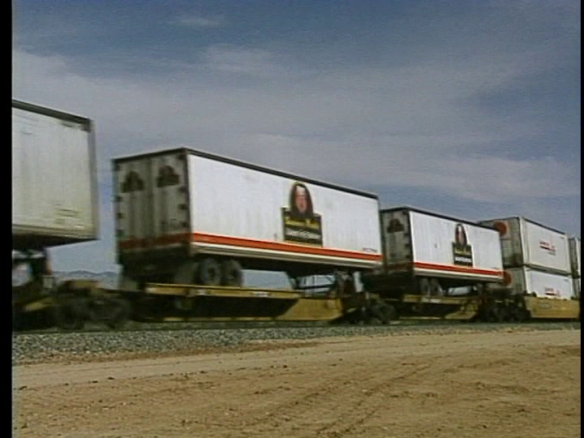 Intermodal traffic is the main traffic. 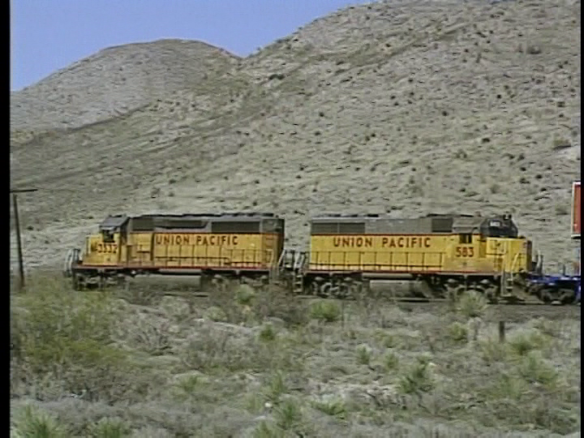 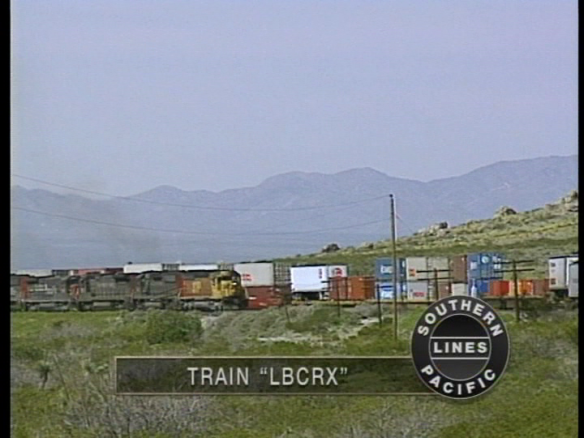 Pentrex can be great at identification of trains. On screen graphics, combined with narration, decide this information.

A couple of shortlines get a glimpse. Arizona Eastern here.

The camera crew captures all of the major highlights.

Here are some leased diesels. 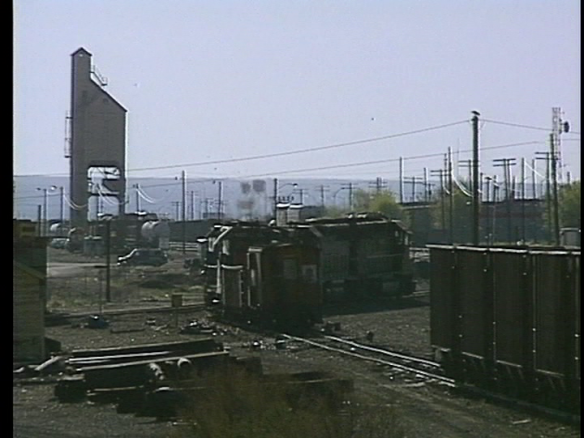 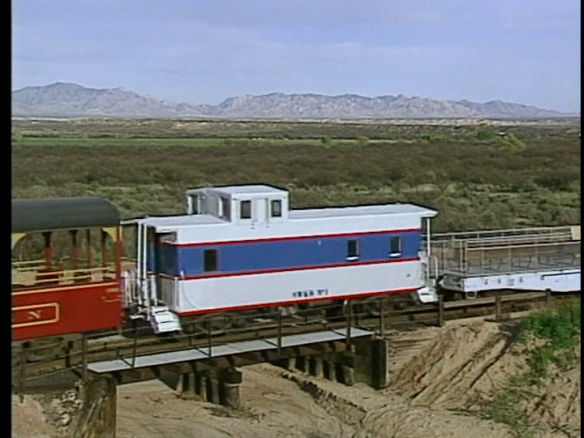 This is the lone caboose in this show. San Pedro Southwestern.

The route traverses scenic, yet relatively barren desert terrain. Sleepy, small towns. In fact, outside of the speeding freights, the show does have a sleepy feel. Most of the time, trains are the only thing moving.