Pentrex was busy filming, Central California back in the mid 1990’s. The Southern Pacific is the railroad, featured in this show. The San Joaquin subdivision to be specific.

The line is compass, North – South. Los Angeles to Portland, Oregon. The agricultural belt is what this territory is made of.

Bakersfield Yard is the beginning of this show. Pentrex has maps which are important. 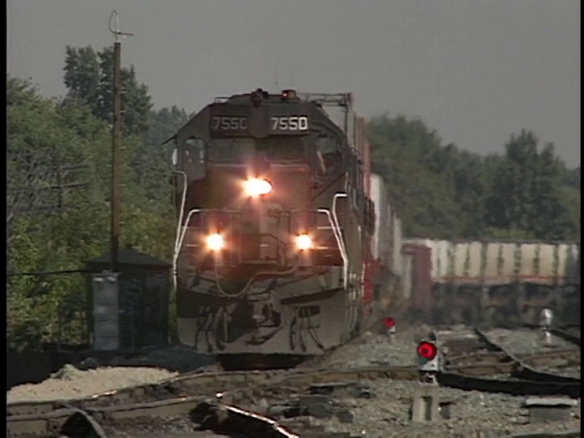 A highway is conducive to fine pacing with some tunnel motors. 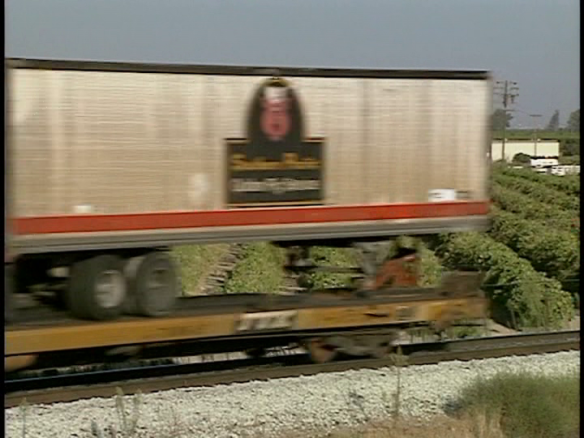 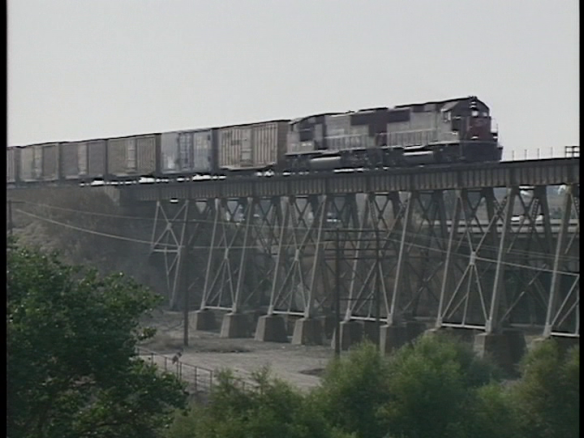 San Joaquin River bridge is a graceful one. 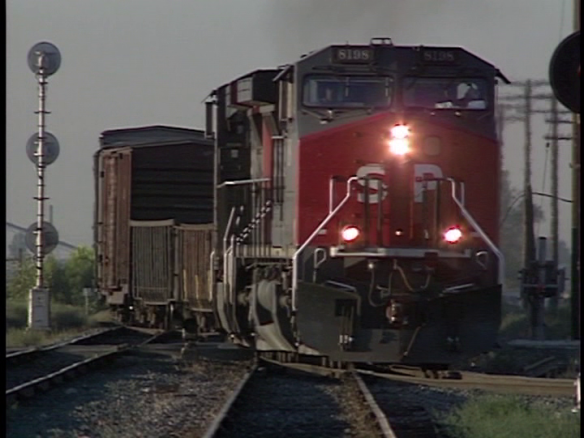 SP designations as East – West and how a wye turnout plays into this time table directional designation. Pentrex explains it well.

This freight travels over a dry riverbed. 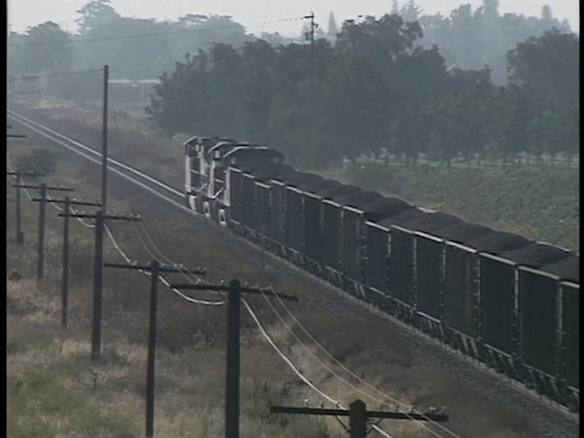 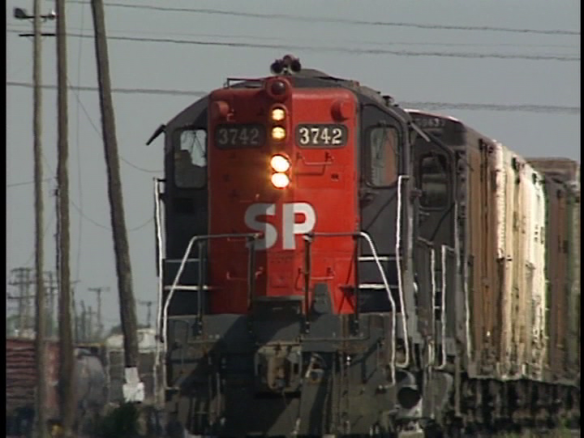 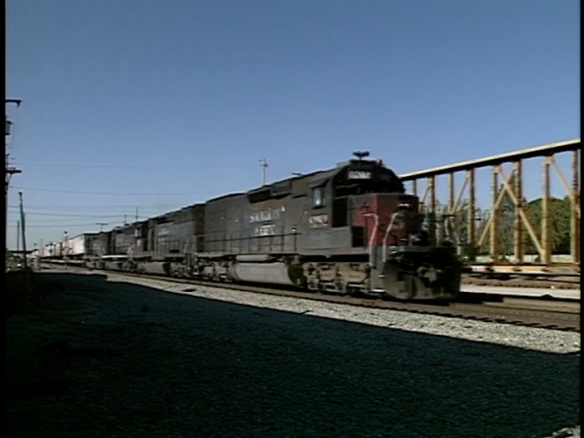 Hot SP intermodal with 4 SD locomotives on point at Stockton.

Lodi, the Zinfandel capitol of the world.

Elvas tower is at a wye. Splits the lines in opposite directions.

American River bridge at Sacramento. Note the high water marks in the spring of 1995. 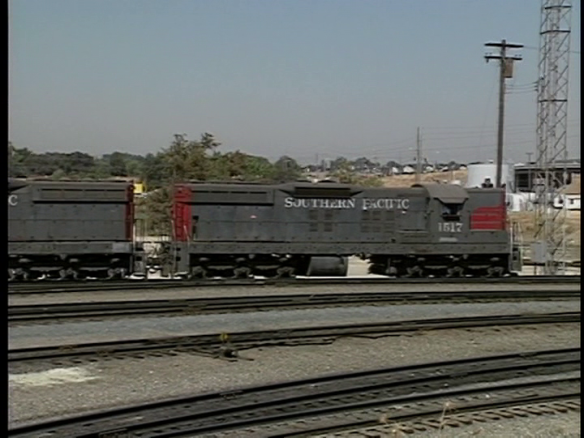 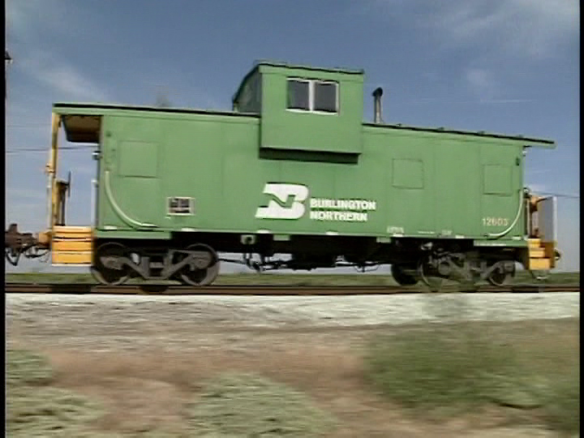 Oddball award of the show. The only caboose to see is a Burlington Northern!

A fast paced trip through Central California. Mainline freight trains that hardly pause for slower movements. There are just enough locals for variety. Agricultural history and scenery are intertwined to tell some thingsthings this region. Locomotives, both old and new, power the various trains.