The Boston & Albany, in Penn Central black. Whistler’s Western? Are you serious? Nonsense! Who cares. Just another route, to the Penn Central. Ignore the goofy title. If you enjoy the black diesels and a green caboose. Hop aboard!

Imagery ranges around very good overall. Variable, with the sometimes grainy and murky backgrounds. Can be focus issues.

Audio is dubbed. Some scenes work better than others. Levels are even.

No Chapter Menu is included.

In the above scene. Action at Chester. Check all that power. Power balance move.

A good script. This time, a little thin on some details. They mention to assume, the viewer has digested the information from the first volume. (3263 is a GP40)

A rudimentary map early on. Once, and a minimal effort. Location references are verbal throughout.

Starting point is Western end of the B&A line. It is at Post Road Crossing , New York.

Never heard of that place. Alright then…We are moving Eastbound, most of the time. 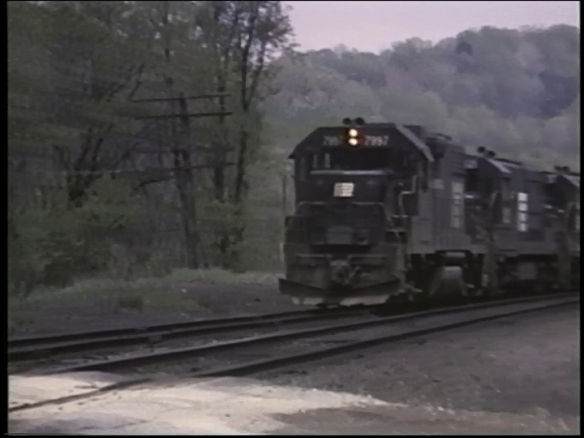 This volume is focused on trainwatching. Nothing wrong with that. Pacing is the key.

An error or two in the script. Nearly all shows contain errors. If memory serves. This scene called for ,”An all GE lineup”. Not critical. In fact, if the viewer should yawn or sip a beverage. They miss the mistake. Carry on!

The action is tightly constructed. Quickly, moving from one train, onto the following one. Cinematography is excellent, by Bruce Malone!

The Washington Cut. A deep rock cut, provides a different viewing angle. Looks like a GE U-33C in the lead. 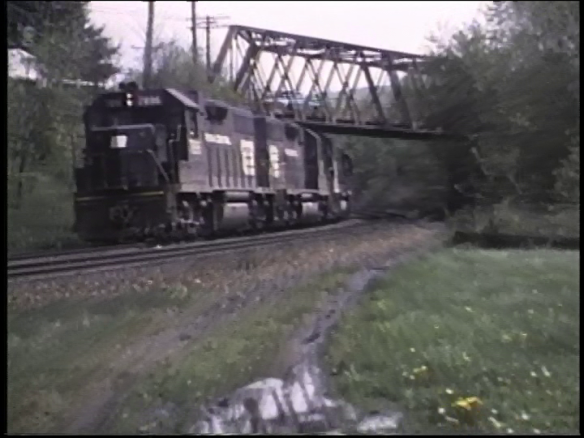 Penn Central freight trains roll by the camera in an endless supply. 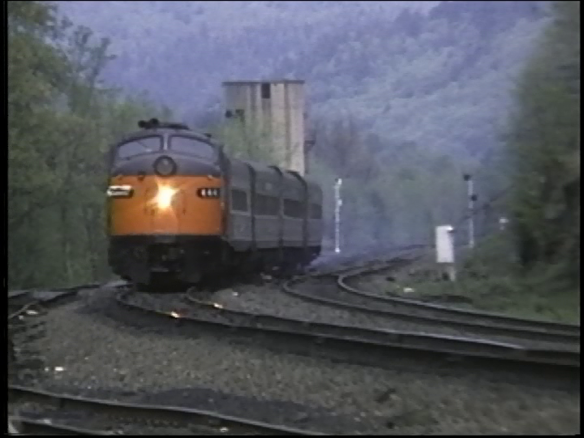 An SW1500 also at Palmer. A branchline here. The transfer caboose was handy. Long platforms good for switching cars. They were used on many railroads. These were former New York Central. Some lasted into Conrail.

Piggyback trains as they were called back in the day. A caboose on every one! 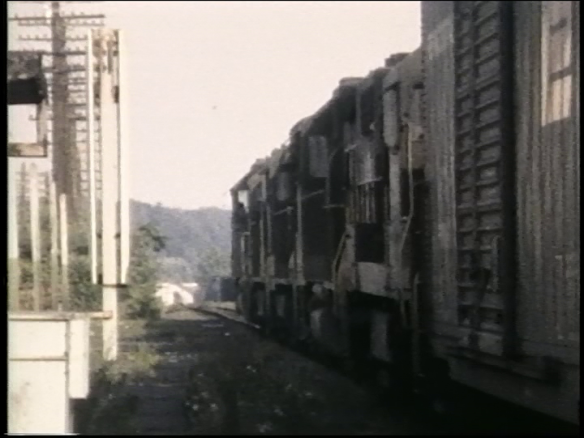 Train moves through the makeshift station. This is near the old Westfield Station. 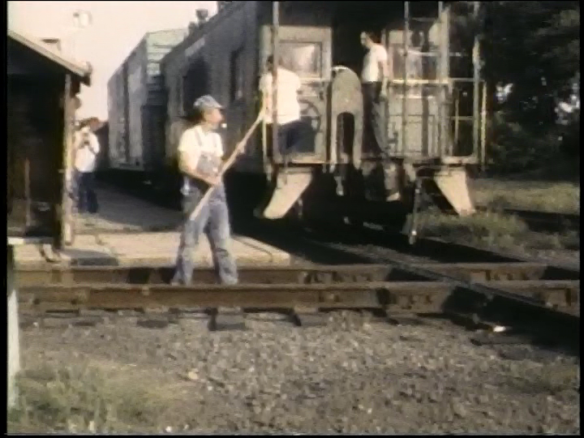 The Conductor grabs the flimsies. Maybe Bruce knew these guys. He is really close.

Extra 6523 is shot from above, at Charleton. An Erie Lackawanna GE, is third in this lash-up.

Sharp eyes, will find a little bit of: CR re-lettered cabooses and a boxcar. I could have shown them. Nah! You can hunt them. More fun that way.

This show does perform, with the constant parade of trains. Penn Central fans will enjoy it the most.

If it grabs you. You know. That’s the ticket.