Hotspots are where high concentrations of trains can be viewed. Sometimes, a busy section of a mainline.

It doesn’t take a mathematician, to realize the benefits for railfans at such locations! 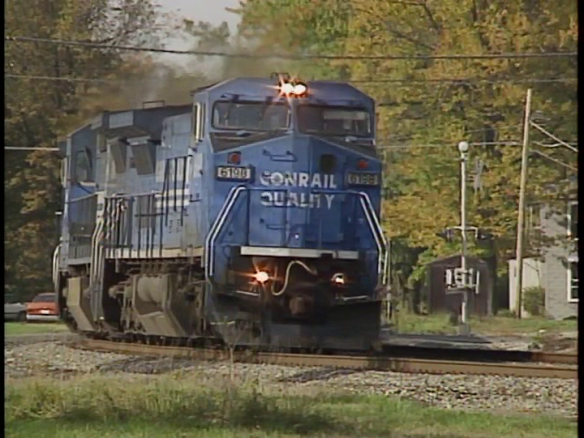 All the screenshots are not exactly matched to the review progression. The realities of a coherent article and illustrative flow.

Pentrex in house productions maintain high standards of excellence. Everything done correctly. One of the few reliable producers. Frequently, a matter of the subject chosen. Quality is usually a given.

The unburned fuel is putting on an awesome display, on this General Electric unit!

Maps are in an abundant supply! Notice, how this enables a smooth flow to the procedings.

David Drui is the ever present narrator. Broadcast grade announcer. On many of their older releases. That guy!

Ashtabula, Ohio is the jumping off point. Notice there are additional tracks to provide access to the opposing rails. Just the beginning…

Answer. B. The newer line is responsible.

The northern Conrail line is featured first. Running compass, East to West. Let’s look at some on the Chicago line first. 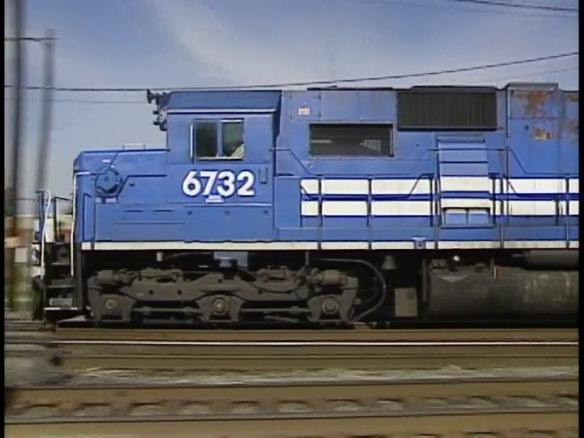 Toledo has a Vickers hot spot. Conrail has plenty of action here. CSX is a main crossover partner. Union Pacific, Chicago & North Western, Grand Trunk with CN and CV units all pass through.

Indiana has Elkhart, with a CR freight yard. Jake’s Restaurant for railfans. A New York Central museum. Complete with a steam engine on display. 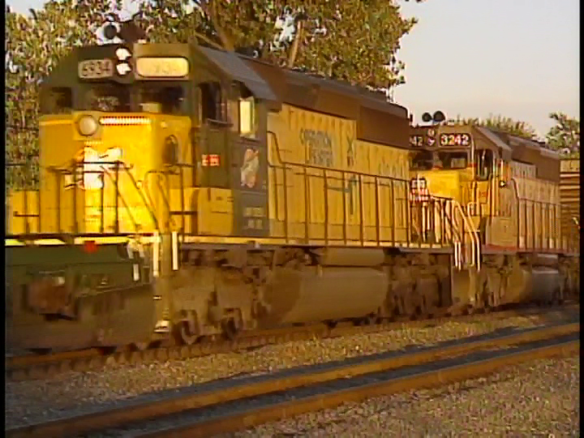 The above Chicago & North Western SD 40-2,Operation Lifesaver diesel, is doing that task. On it’s path to Proviso Yard, with a mixed freight. 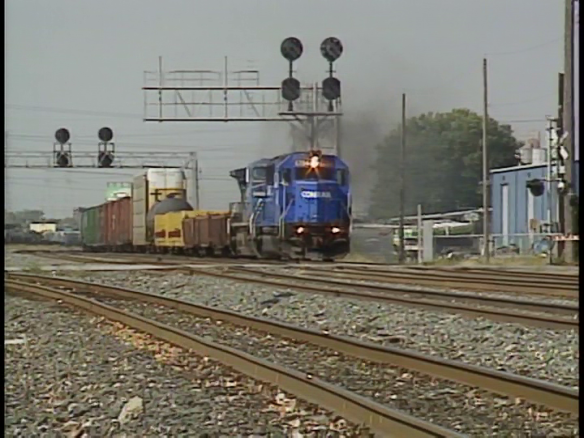 Hammond is the end of the Chicago line, for this hot spot West tour. Heavy traffic, as one would expect, just outside of Chicago. 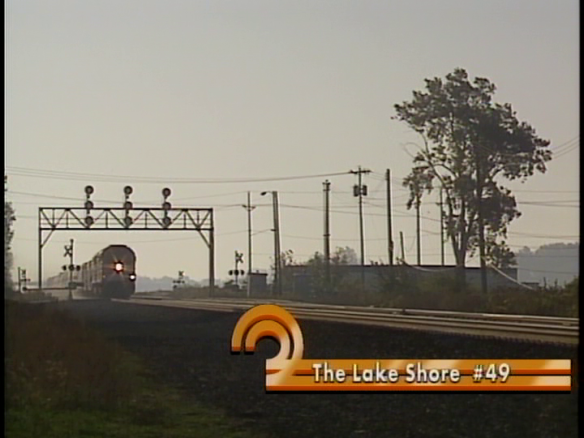 Pentrex has on screen designations for many of the trains. Narrator does explain the fairly simple codes. After a time, most viewers will be able to decipher many Conrail codes. 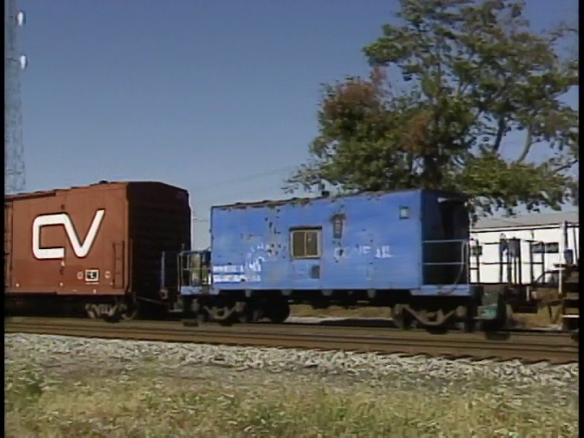 Southern Conrail line next, for the remainder of the long program.

Our eastbound return begins at St Elmo, Illinois. Conclusion will be in Alliance, Ohio. Many hot spots visited on the sojourn.

Pentrex fact. An EMD wide cab is no wider than a standard cab. It is the nose! 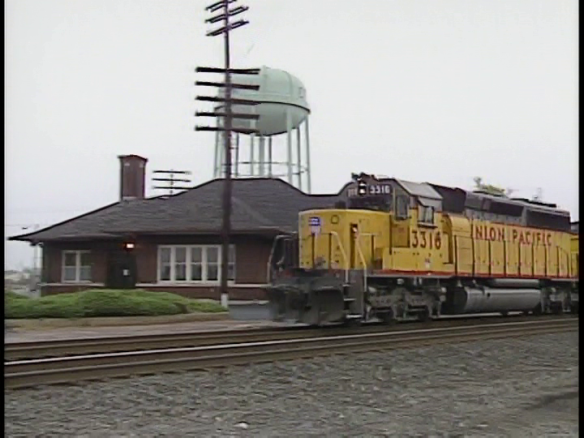 Effingham, features Illinois Central at the crossing. A well known spot for years. Nice passenger station there. active Amtrak stop, as well. The Illini is the Amtrak train.

This Union Pacific led train is actually another Conrail move. Looks can be deceiving in this modern era. One almost needs a scorecard to keep on top of the action. Pentrex takes care of it in this show.

Haley Tower at Terre Haute, IN. An old railroad town. The towerman was busy this morning. Plenty of Conrail and CSX trains.

Marion still must be the grandaddy of the Ohio hot spots! CSX and Norfolk Southern are still active here. The original tower and station, are still here. Yes, this place still has it going on. Although the tower is no longer in service. 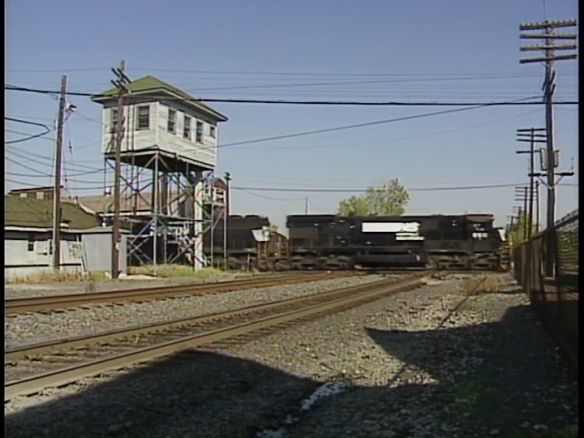 Quadruple diamonds. Action all the time. What’s not to like at Marion?

Alliance, OH. is the final spot. Cleveland and Ft. Wayne lines are there.

Eighteen hot spots in this program. Pentrex had their favorite West. My pick would be Marion, Ohio. Although Elkhart ran a close second! What is your favorite Conrail West hot spot?

Conrail Hot Spots West. End to end, trains filled by, big blue and more. A great Pentrex show. This is one of those, that you will be replaying.

A fun one with: assorted locales, views and of course, the many trains. Conrail Quality.