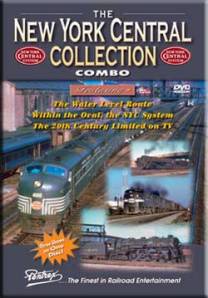 3 shows on one DVD

Sources: New York Central, many others

Pentrex has compiled three vintage New York Central shows on a single DVD. All of these are from the 1950’s, prime era for the railroad. There is a promotional show for the public. An employee film. Third is a 1955 television broadcast from Grand Central Terminal. Each film will be reviewed separately now.

Bill Warrick hosts this NYC documentary. Begins in the 1920’s and into the 1960’s. Steam is the star of the show. Diesel and some Electrics, as well. Passenger and freight service. Innovative Flexivans and loading of one, are seen in color. Films are both: b&w, and color. Much to see in this one hour. 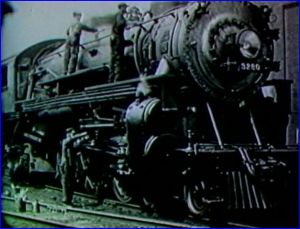 Train sounds and period type music. At times, sounds like a Laurel and Hardy movie. Lively narration and a fun atmosphere. Plenty of history is conveyed. Many steam engine classes are represented. 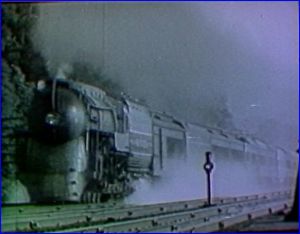 Classic Dreyfus streamlined Hudson. Extended coverage of the J3 class Hudsons. The 20th Century Limited receives enough of the storyline to be another main feature. 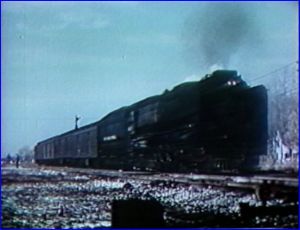 The big Niagara seems to be overpowered, for this mail train. 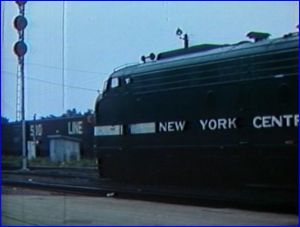 The railroad continues until merger with Pennsylvania. A few glimpses of Penn Central and Conrail conclude this program. 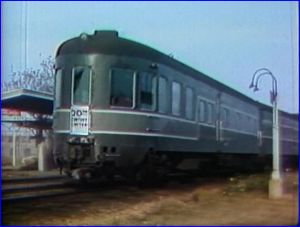 Water Level Route is a compilation style program. He gets a huge amount of steam power into the film. Quality varies from the different years. Overall, this one is very good. 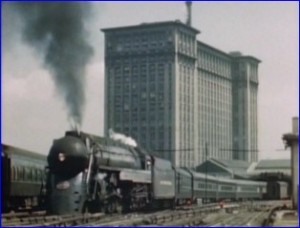 An early 1950’s employee film , as presented by the railroad. All color and runs for 30 minutes. While many of this era’s company produced films can be somewhat corny, this one is much better than average. Many views of steam and diesel. Passenger and freight. A small amount of electric and waterfront activities. Heavy industry, home building, factories and competing transportation modes are all seen. People and the many varied jobs they perform are reviewed. 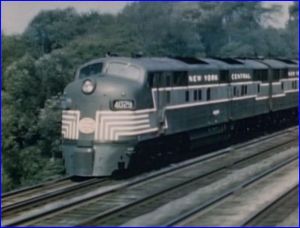 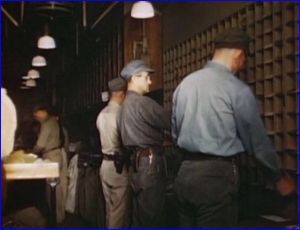 Inside a Railway Post Office car. Mail sacks were picked up and dropped along the route. Often, even while the train was moving from town to town. New York Central and many others, ran entire trains dedicated to US Mail. The RPO cars were also common on passenger trains of the time. Baggage cars were used to move large volumes between cities.

United States Post Office Department railway clerks were issued, and wore a sidearm. No train robberies with armed employees aboard ! 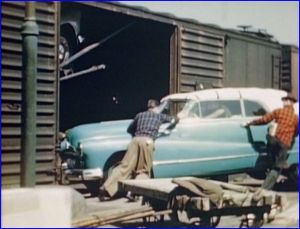 This is an outstanding show for it’s time. Very clean picture on this show.

The 20th Century Limited on TV

Omnibus was a prestigious television show. This episode from January, 1955. New York Central 20th Century Limited was featured. They also wanted to show a modern railroad terminal at work. We see a live network broadcast from Grand Central Terminal. Alistair Cooke was the host. David P. Morgan, editor from Trains magazine, was also present. About 30 minutes long, in black and white. Pentrex has added a brief introduction. 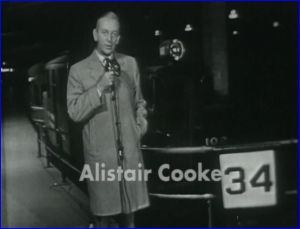 The Limited was delayed, and David P. Morgan had to fill the time, on his own!

Shown are the crew of 46, serving on this elite train. Various personnel around the station. The interlocking area and dispatcher get good screen time. Interesting to see parts of Grand Central Station at work. Originally intended as a look at the station. Would have liked to see the whole train depart.  Interesting period piece. A single viewing is good enough. 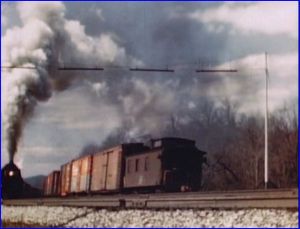 There are the three shows all featuring New York Central. Within the Oval is the best of the lot. The Water Level Route is a good one. The TV show is analogous to a throw in for the group.

New York Central fans will enjoy having this set on a single DVD. A chapter menu permits immediate access to each of the films. Good family viewing. A nice one to have at home.