The Golden Twilight of Postwar Steam, Steam in the ’50’s Special- 7 pak 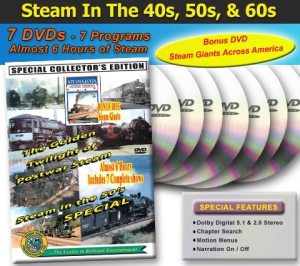 Rails in the Heartland. The L&N, C&EI and IT. So goes the subtitle of this classic steam era program. The steam portion focus, is on the area around Evansville, IN. An end to end connection was made with: Chicago & Eastern Illinois, to Louisville & Nashville. A chapter on Illinois Terminal is centered around it’s interurban operations, circa 1956.

Gene Miller is the cinematographer. He might be the best old time cameraman, this side of Emery Gulash. A perfect Green Frog labelmate. These two fine sources connect almost end to end by the years they were out. filming trains. Both were well traveled, and have fantastic transitional era 16mm footage

Green Frog Productions is a company that has a reputation for top quality programs. In one volume after another, The Steam Special 7 Pak offers great opportunities to see railroadings greatest era. At least, from a railfan’s viewpoint. Some extras with this show: Chapter Menu, Slide Show, Narration on/off and motion menu. An Evansville rail map is used to orientate the local trackage. The slide show runs with the usual Green frog big band type soundtrack. You will see the Wabash caboose that is mentioned, and not seen.

There are some very clear black and white scenes. The L&N 19 stall roundhouse.

A heavyweight consist in this scene at the wye. 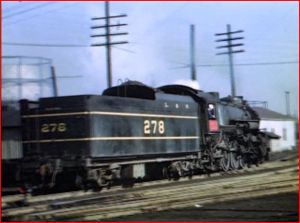 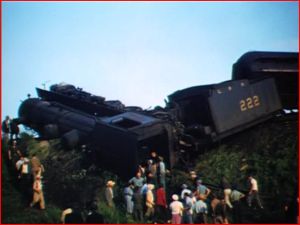 In 1942, this K-4 Pacific was sideswiped by two locomotives…

The Louisville & Nashville 16mm color film is ultra rare. A smaller town like Evansville is somewhat limited from a variety standpoint. It gets slightly repetitious.

Chicago & Eastern Illinois. Note the crossing guard and his railroad shack, on the right. Black and white footage from the 1940’s is also used on C&EI. 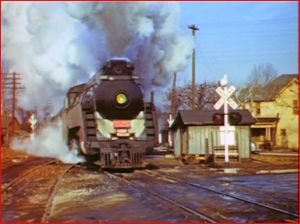 A streamlined C&EI locomotive on a passenger train. 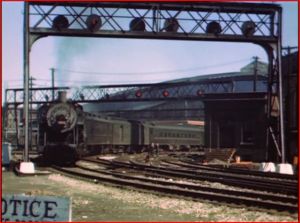 IT PCC  #450 operating on the trestle approach to the McKinley Bridge at St. Louis. This car has been preserved.

Illinois Terminal once had an extensive interurban/ trolley system. Quite a surprise on a series of films that are centered on steam railroads! The last day of IT service at Granite City is seen, in 1956. This chapter is a short one.

A pair of 1948 built Alco S-2 diesels coming off the McKinley Bridge. A brief and informative chapter on some of the Illinois Terminal operations. An odd chapter on a steam show.

This program has high quality throughout. Audio for the locomotives is excellent. Narration is detailed. There are many callouts of engine types and train designations.

The second part of this series features, much mega rare footage. Green Frog has digitally processed the old films, for best possible image. Action oriented, although a good portion is slower switching. The rest tends to be passenger runbys. Some freight, albeit limited. Found this volume a shade lower on the excitement level. It is slightly limited in scope.

An excellent show from Green Frog. It is a fine piece of the 7 pak. As a standalone, the other two volumes offer more variety. Steam fans will love the rare color film.